By newsroom on November 7, 2017Comments Off on Saatchi & Saatchi Stockholm and Abarth engage in some speed dating in new campaign

Studies have found that it takes approximately seven seconds to make a first impression and the compact Italian race car Abarth 595 Competizione accelerates from 0-100 km/h in 6.7 seconds. 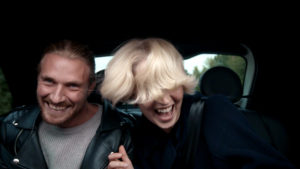 Putting these two facts together, Saatchi & Saatchi Stockholm has created Abarth’s latest campaign; Love at Fast Sight. In what probably is the fastest rendezvous in dating history, this dating experiment features single girl Lova speed-dating five candidates in the back seat of an Abarth 595 Competizione, driven by professional race car driver Joakim Darbom.

The first of two web films show Lova and the candidates trying to connect as the Abarth does 0-100 km/h in 6.7 seconds. On the second date, Lova get some quality time with the two chosen candidates while Joakim Darbom put the sports car to its limits around the race track.

“With the “Love at Fast Sight” campaign Saatchi & Saatchi Stockholm has succeeded to catch the key factors of the Abarth brand, which are passion and performance, in a clear but playful way,” says Simone Lazzarin, Brand Engagement Manager at Abarth Sweden.

The model that participates in Love at Fast Sight is the performance version Abarth 595 Competizione with 1.4 T-Jet urbo engine and 180hp. 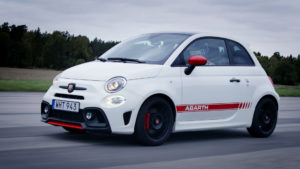 Saatchi & Saatchi Stockholm and Abarth engage in some speed dating in new campaign added by newsroom on November 7, 2017
View all posts by newsroom →