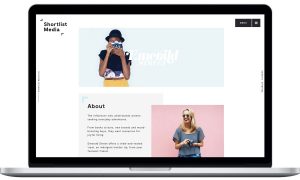 Shortlist Media, the media platform for the metropolitan audience, has launched its redesigned corporate website, to showcase the company’s impressive growth over the past couple of years.

The new website was built and designed by the pioneering in-house tech team, made up of 40% female coders, which is 2.4 x the industry average. Companies are 15% more likely to perform better if they are gender diverse, and Shortlist Media are immensely proud to have a team that is above industry average. 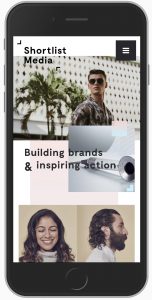 Women are currently underrepresented in ICT, with females making up a mere 17% of the tech workforce across the industry. Shortlist Media is starting in-house by magnifying the female coders behind the new website design, supporting the Stylist Visible Women campaign, which was launched in January 2018. It aims to to raise the awareness and profiles of women, past and present, who have made a difference to the world, with a view to empower and inspire the Stylist audience.

The re-designed corporate website follows on from Shortlist Media’s impressive expansion of its creative content studio, Family, which accounts for over 50% of overall revenue for the business. The team has increased content partnerships, with an impressive growth of 11% in 2017 cementing their position as a world class content business for brands.

Vivien Ilett, UX/UI Designer, Shortlist Media, said: “The site-redesign is both a showcase of what we can build on our in-house-built framework and a playground where we can push the limits in this space. In keeping with the rest of our new branding, the website is clean, modern and embodies the spirit of Shortlist Media.”