By newsroom on March 25, 2015Comments Off on Soul launches ‘Donate Locate’ app for The Connection

Creative direct marketing agency Soul has developed the concept for a new app on behalf of The Connection at St Martin’s that is set to change the way we help the homeless.

Homelessness charities often tell the public not to give to homeless people on the street because the money is often spent on alcohol and drugs and only sustains the person’s homelessness. However, that is often when people feel most compelled to give.

The Donate Locate App is the solution to the issue. It allows users to donate a small amount – £1, £3 or £5 – to the charity when they see a homeless person, whilst at the same time recording their location on a hotspot map (via the phone’s GPS) enabling the charity’s outreach team to locate the homeless person.

The app has been developed to be used in The Connection’s catchment area of Westminster. However, it can be adapted for other homelessness charities operating in other areas. 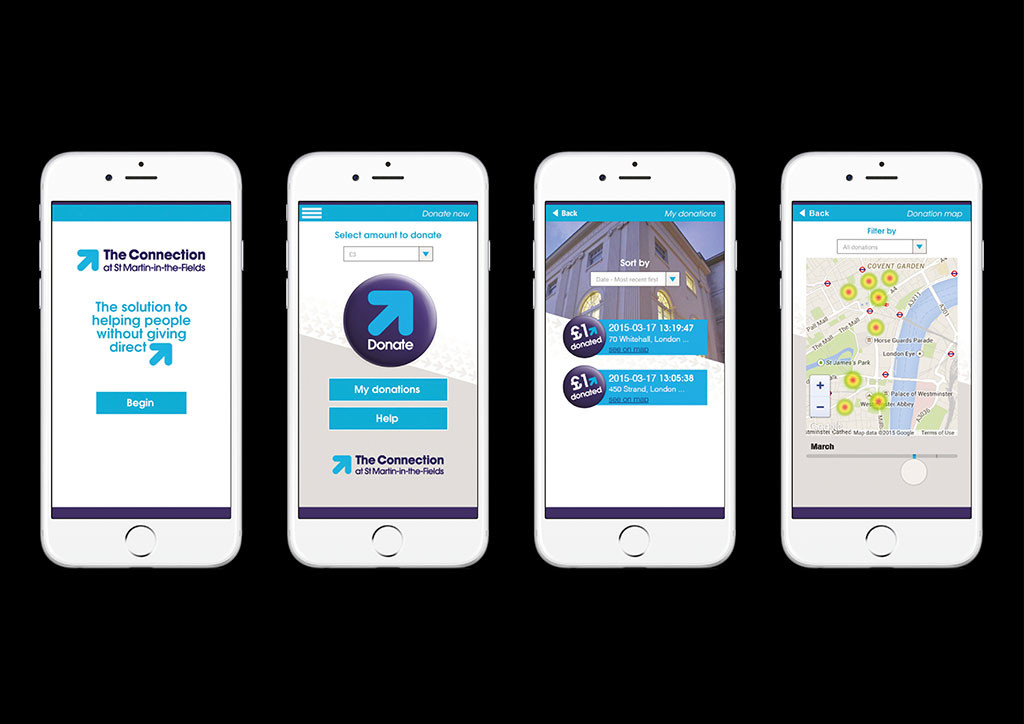 Beki Winter, street outreach manager of The Connection, said: “Soul has a real understanding of our work and has been deeply involved in everything we do and stand for. After seeing the Donate Locate app concept, we instantly felt it was right for us. It not only allows our outreach teams to help locate homeless people, it also empowers people so they can do something to help a rough sleeper away from the streets without giving money directly, which in the majority of cases does more harm than good. ”

Soul was originally approached to create a hard-hitting campaign on behalf of the homelessness charity to highlight some of the issues associated with giving money to homeless people on the street. After launching the campaign throughout Westminster in August 2014 – with posters, beer mats and leaflets, the direct marketing agency began looking at a solution to the issue – leading Soul to develop the concept of Donate Locate. 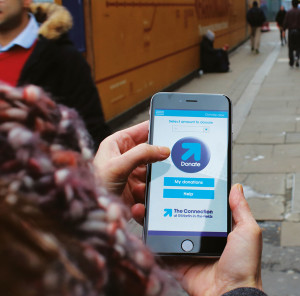 Shaun Moran, founding partner and creative director of Soul, said: “Donate Locate represents Soul’s philosophy; it started with people, not technology. The concept for the app came about when discussing the issue of begging and the dilemma people face when deciding whether to give some spare change to a homeless person – what will it be spent on? With this in mind, we discussed various ways of helping homeless people you see without giving them money directly; this thinking informs our Donate Locate app. The app the untimely benefits three audiences – the user, the outreach worker and the homeless person.”

Soul launches ‘Donate Locate’ app for The Connection added by newsroom on March 25, 2015
View all posts by newsroom →