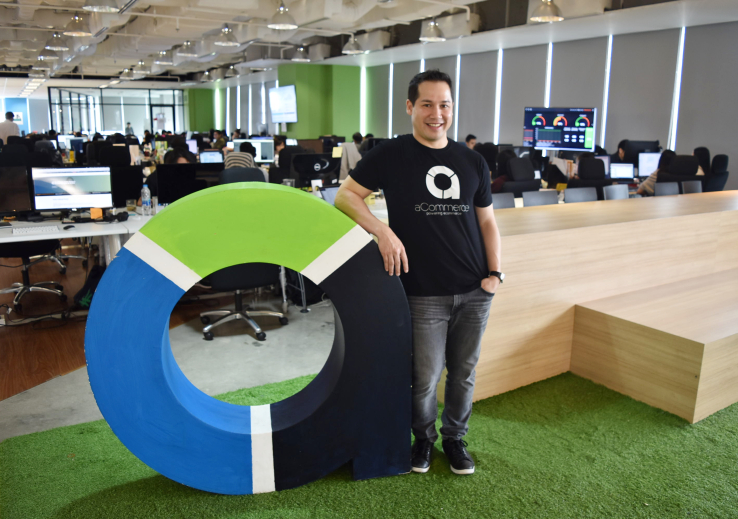 Southeast Asia-based aCommerce, a startup that helps brands get into e-commerce and digital media in the fast-growing region, has pulled in $65 million in new funding led by Emerald Media, an Asian firm backed by global investor KKR.

The startup is an e-commerce enabler that works with brands across a range of services that include logistics, fulfillment, delivery and digital areas like marketing. aCommerce is present in Thailand, Indonesia, the Philippines and Singapore where it works with the likes of Samsung, Unilever, Nestlé, L’Oreal, Philips and Mars.

In an interview with TechCrunch, aCommerce Group CEO Paul Srivorakul said one immediate use of the funds will be expansions to Vietnam and Malaysia, as it looks to take a larger slice of a region that cover more than 600 million consumers and increasing internet access.

Srivorakul — whose past ventures include Ensogo (sold to LivingSocial) and media startup Admax (sold to Komli) — said aCommerce has shifted its early focus from solely digital media to enabling commerce across on- and offline fronts.

That’s important in Southeast Asia because online is estimated to account for around three percent of all spending, although the growth prospects are promising. A report co-authored by Google last year forecast that the regional e-commerce market will grow from $5.5 billion in 2015 to $88 billion by 2025 — Indonesia, the region’s largest economy, alone is predicted to be worth $46 billion — but it is still some way away.

“Most companies and consumers research online — even if their purchase happens offline, it is digital first, and that’s where we think there’s potential for disruption,” he added. “Today, online is a very small percentage of total retail, but we’re going after the 97 percent.”

To illustrate that, the aCommerce group CEO said that b2b sales are now responsible for 30 percent of the startup’s revenue, up from just 10 percent one year ago.

Srivorakul said that the key is helping brands own their own retail footprint, rather than relying on distributors and retailers who then own key data around their product’s sales performance and the consumers who purchase them.

“It’s really about the data,” he said. “How much data do brands have? It’s very minimal.”

Srivorakul said he was excited at the prospect of working with Emerald Media due to their shared vision around where content, and specifically media, plays in the modern digital e-commerce process.

For Emerald Media, meanwhile, the deal marks its maiden investment in the e-commerce space. Managing director Paul Aiello talked up aCommerce’s position as an integrator.

“[aCommerce] provides new entrants a quick way to roll out multi-channel operations in these exciting markets without building large local operations,” he added via a statement.