By newsroom on April 4, 2018Comments Off on Space appointed to promote NIVEA activation with Cancer Research UK’s Race for Life 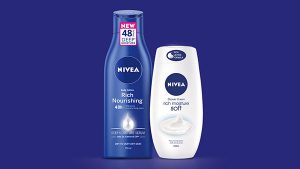 Creative agency Space announced that it has been appointed to work with skincare company NIVEA, promoting its activation with Cancer Research UK’s Race for Life and Pretty Muddy events in 2018.

NIVEA has a longstanding relationship with the cancer charity through its sun cream brands, having first partnered in 2012 with the aim of raising millions for the charity’s life-saving research, supporting skin cancer research in particular. This campaign will be the first time that NIVEA’s broader range of shower and bodycare products are also involved.

There are over 400 Race for Life and Pretty Muddy events, with women from around the country coming together to raise money and beat cancer. Space will create a brand experience activation for NIVEA at six of the biggest events, taking place from June to September across the UK and in locations ranging from Edinburgh to Exeter.

Claire Marlow, brand manager at NIVEA, comments: “Space has an in-depth knowledge of NIVEA as we’ve worked together successfully for the past 13 years, and the team’s well-considered creative proposal demonstrated the energy and passion this project needs. Space’s exciting concept will help to make this year’s Race for Life events more empowering for the runners while injecting a sense of fun. Most importantly though, it’s further proof that NIVEA is committed to supporting Cancer Research UK and the vital work that it does.”

David Atkinson, managing partner at Space, adds: “We’re delighted to be working with NIVEA on an activation that not only brings to life NIVEA’s brand proposition but also reinforces the incredibly important message behind the Race for Life events.”

Space appointed to promote NIVEA activation with Cancer Research UK’s Race for Life added by newsroom on April 4, 2018
View all posts by newsroom →