By newsroom on October 24, 2017Comments Off on SSAFA VR experience fights ‘The Invisible Enemy’ of veterans

The charity is calling on the public to join its fight against ‘The Invisible Enemy’ of loneliness and isolation in working-age veterans by helping raise funds for the charity’s personal face-to face support.

The integrated campaign includes an immersive virtual reality (VR) experience and uses the latest technology to show the rise and fall of a serviceman after he left the Armed Forces.

SSAFA commissioned Atticus Digital to create the VR content which depicts the comradeship of military life juxtaposed to the struggle of isolation after the transition to civilian life caused by relationship breakdown, depression, lack of suitable housing, alcohol and drug dependency.

The VR footage was influenced by a YouGov survey of over 2,000 working age-veterans which found that 41% have felt isolated and 27% have had suicidal thoughts after leaving the Forces.  This is backed up by the first-hand experience of veterans SSAFA has helped over the past 132 years since it began supporting the Armed Forces community. 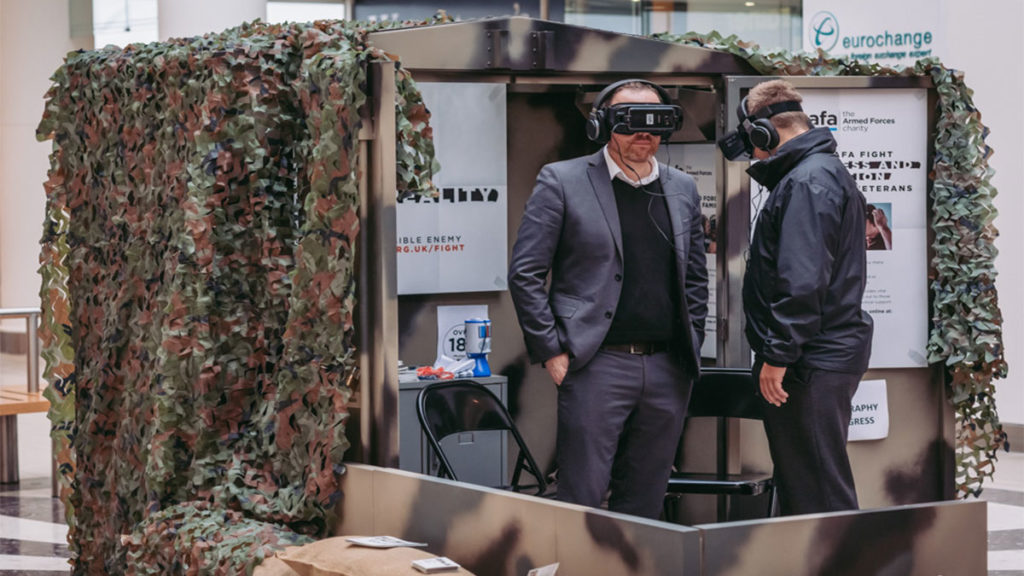 The campaign focuses on VR roadshows at Intu’s Trafford and Lakeside shopping centres, and is supported by radio, press and digital activity across all of SSAFA’s communication channels, which will reach more than 4.8million people.

Justine Baynes, Director of Marketing and Communications at SSAFA, said: “SSAFA wanted to create a campaign that challenges the way the general public sees veterans.  For many, a veteran is an older man marching on Remembrance Day, but we are seeing an increase in the number of younger veterans coming forward with far more complex issues.

“We wanted to make people aware of the challenges faced by service men and women when they leave the forces and how hard it is to adjust. After serving in the armed forces, the realities of civilian life can be a very daunting experience.

“SSAFA offers support to those leaving the armed forces that is personalised to their needs, through our network of trained case workers.  This is a lifeline for many who have served our Nation and we’re encouraging the public to join our fight by making a donation to support our work.”

The advertising concept was devised by the creative agency Makalu, speaking of their involvement Craig Buzzel, Creative Director, said: “It’s hard to imagine the people who you expect to be among some of the toughest in society being affected by feelings of loneliness and isolation.

“We created press, digital and outdoor ads, but, for us, Radio provided the perfect media to bring some real drama to the message. With the team at SNK Studios London, we created two 40” radio spots using impactful sound design to paint a picture in the listeners’ minds. Hopefully these spots will really stand out in the commercial breaks, drive awareness and ultimately encourage people to donate to help SSAFA reach out to support those who are struggling. 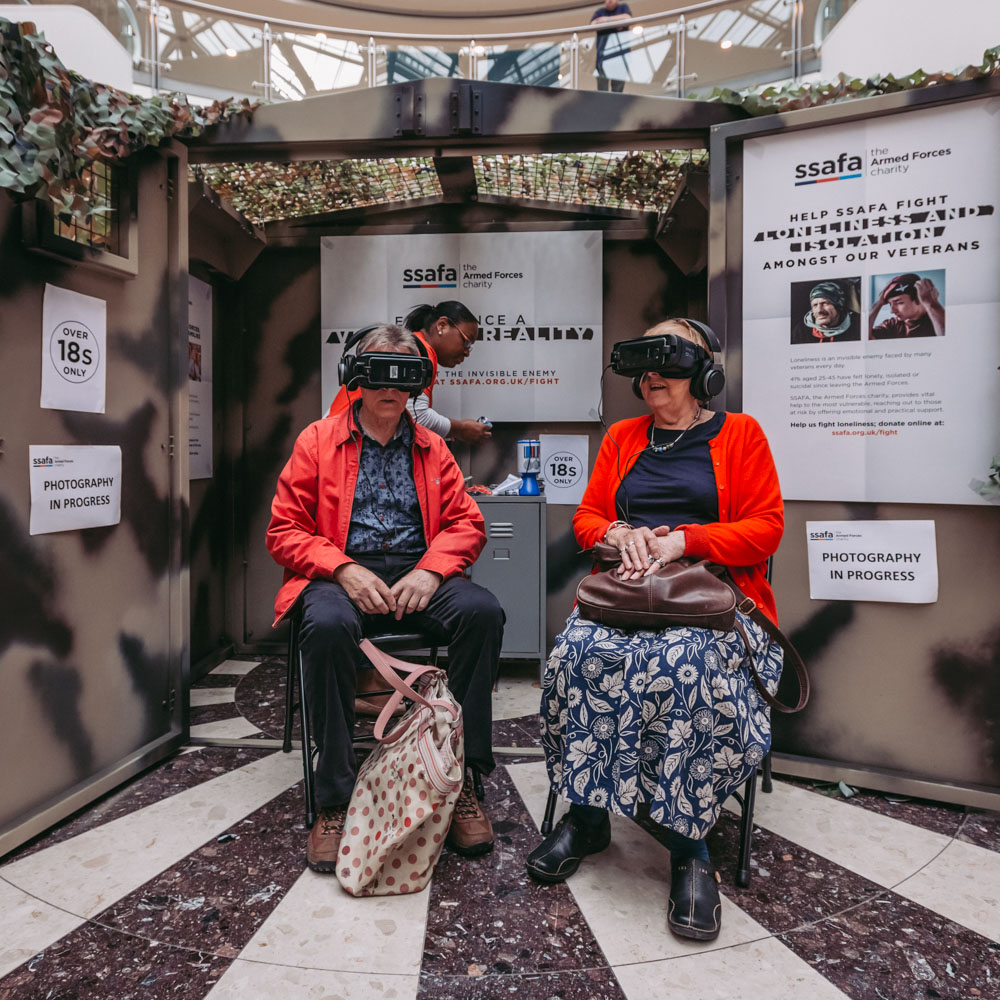 “It’s been both a challenge and a privilege to work on a campaign that we hope will make a difference to the lives of many people.”

Martin McCabe, Managing Director at Atticus Digital, said: “Atticus Digital thoroughly enjoyed the challenge of creating this dramatic VR experience. We were lucky to have Stuart Rideout from Ridley Scott Associates onboard as director and the original concept was devised by our youngest team member, Josh Marshall, who worked on the project from beginning to end.

“The 360˚ spatial audio designed by Nicholas Davies from Hoot Studios, brings another dimension to the experience and helps to really immerse the user in the world of the veteran.

“Although it is best viewed in a VR headset, it works extremely well on web, Facebook and YouTube and is still great on mobile devices. Atticus values the work SSAFA is doing and wishes them every success with the Invisible Enemy campaign.”

SSAFA VR experience fights ‘The Invisible Enemy’ of veterans added by newsroom on October 24, 2017
View all posts by newsroom →