MINI Germany and Serviceplan show the fastest way through the city with MINI Connected: ‘Shortcut Billboards’ 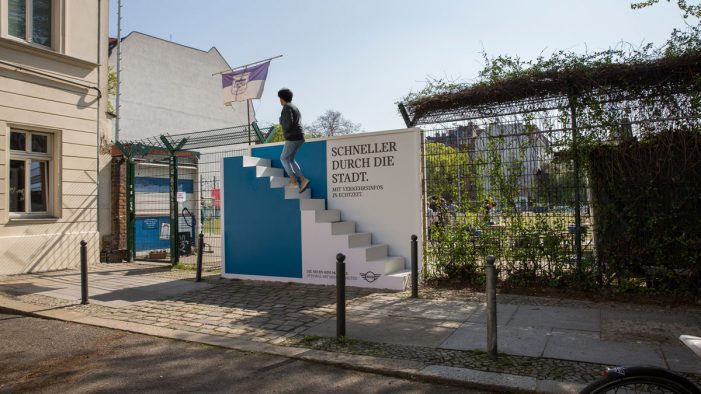 ﻿ Serviceplan Campaign X stages shortcuts for MINI Germany to promote the new MINI Connected Features: Just as the real-time traffic information “Real Time Traffic Information” (RTTI) always informs the drivers of the new MINI models about the fastest and most time-saving route to their destination, the converted 18:1 advertising spaces on time-consuming Berlin pedestrian […]

In London, Billboards ‘Direct’ MINI Drivers To Garages That Give Out Freebies 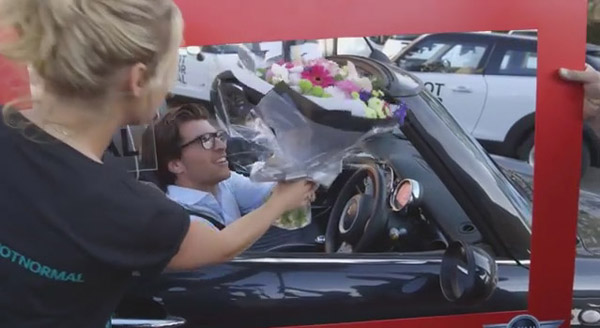 Part of the “MINI Not Normal” campaign, the ad agency Iris Worldwide has come up with an elaborate way to reward MINI drivers. Using technology, many “highly-trained” spotters were asked to look out for MINI drivers along London’s Cromwell road, changing the color and text of the billboards with an iPad. MINI drivers were then […] 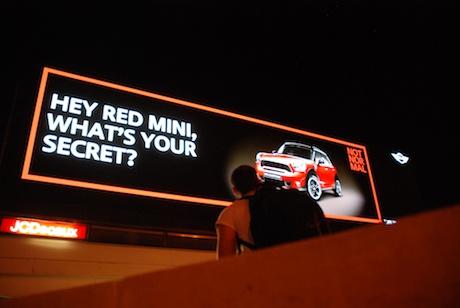