By newsroom on February 12, 2016Comments Off on UK’s Independent newspapers to close in March 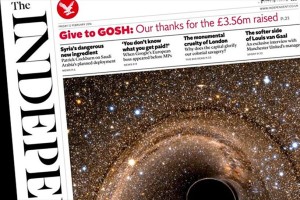 ESI Media has confirmed the Independent and Independent on Sunday newspapers will stop being printed as the titles move to digital-only publications.

In a statement, the publisher confirmed the newspapers’ last print editions are expected to be in March.

The move announced has no bearing on the status of the Evening Standard, ESI Media said, which “continues to grow as a profitable and successful newspaper brand in its own right”.

Redundancies will be made to the newspapers’ editorial teams, which has around 150 staff.

Steve Auckland, the group chief executive of ESI Media, said: “The unique editorial proposition of The Independent is perfectly suited to the global digital landscape. Following this decisive move to digital, we will be as focused and uncompromised as any start-up, but with all the authority and trust of an established newsbrand – a truly unique proposition. We now have a clear and secure future path for our businesses. It’s also a further opportunity for our advertisers to capitalise on our growing, smart, affluent and digitally savvy audience.” 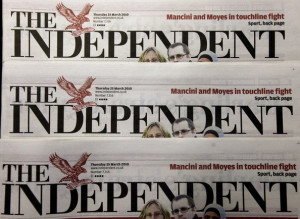 The publisher recently confirmed it was in advanced discussions with Johnston Press about selling i, the cut-price national paper it launched five years ago.

Evgeny Lebedev, owner of The Independent, said: “The newspaper industry is changing, and that change is being driven by readers. They’re showing us that the future is digital. This decision preserves the Independent brand and allows us to continue to invest in the high quality editorial content that is attracting more and more readers to our online platforms. The Independent has always been a pioneering newspaper with a track record of innovation. It has a proud heritage as Britain’s first truly independent national quality title. My family bought and invested heavily in The Independent because we believe in world-class quality journalism, and this move secures the future of these vitally important editorial values.”

UK’s Independent newspapers to close in March added by newsroom on February 12, 2016
View all posts by newsroom →