By newsroom on October 24, 2013Comments Off on Wieden & Kennedy split with Levi’s 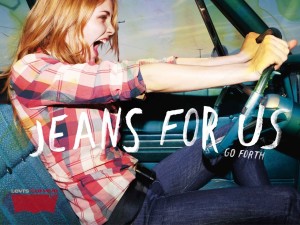 Wieden & Kennedy has announced that it has split with client Levi Strauss & Co after four years.

According to a statement from Wieden & Kennedy, the decision to part ways was mutual. Levi’s did not respond to requests for comment on whether it was looking for another agency to work with.

Wieden & Kennedy Portland won Levi’s North America business in December 2008 and was made the brand’s global agency of record in 2011.

A spokeswoman for Wieden & Kennedy London said that the agency’s UK office did not work on the account and so was unaffected by the spit. Wieden & Kennedy Amsterdam has created work for the brand in the past, however.

Tom Blessington, the managing director of Widen & Kennedy Portland, said: “We leave the partnership with the utmost respect for the brand and wish the Levi’s team the best for a successful future.”

Before striking up a relationship with Wieden & Kennedy, Levi’s worked with Bartle Bogle Hegarty for 28 years and was one of the agency’s founding clients. BBH resigned the account in 2010.

James Curleigh, the brand president at Levi’s, added: “We would like to thank Wieden & Kennedy for their creative energy and engagement over the past five years. The team have supported us through a significant period in the Levi’s brand evolution.”

Wieden & Kennedy split with Levi’s added by newsroom on October 24, 2013
View all posts by newsroom →