By newsroom on August 2, 2017Comments Off on WWF Uses The Power of Music To Help Protect The Planet

August 2nd marks the online release of WWF’s latest brand membership advertisement. The stunning film, directed and produced by All Mighty Pictures’ Anthony Dickenson and Mark Harbour, reminds the viewers of the planet’s incredible beauty and why they need to continue to act to act to protect it. 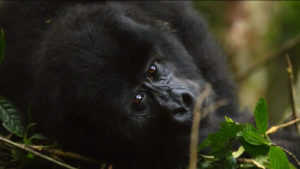 Producer Mark Harbour stated: “We had a brief to showcase the global nature of the work WWF is involved with as well as showing the beauty of the world that the organisation is trying to protect. We worked closely with WWF programmes to shoot the film, choosing locations that would give us the greatest diversity of landscapes, people and wildlife.”

When it came to finding the right music to complement the imagery and drive the message home, WWF and All Mighty Films reached out to regular collaborators String and Tins. 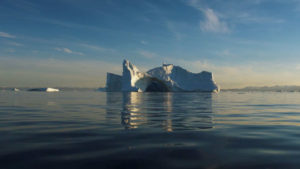 Director Anthony Dickenson commented: “We needed to create a piece of work that spoke from the heart, didn’t feel contrived, and gave enough emotion and weight to the film without being too worthy. We went through a lot of references together – it felt like Will and Joe knew what they wanted to do, so we gave them an opportunity to prove it.”

Composer and Sound Designer at String and Tins, Joe Wilkinson said: “The brief was to create something that had cinematic weight, but which also highlighted the ‘jeopardy’ that the world is in. The film showcases the varied conservation work that the WWF are involved in across the planet, both human and animal. The composition needed to have a sense of scale.” 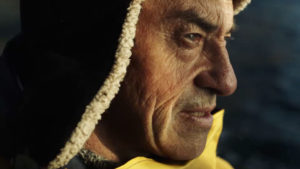 Working in tandem, Will and Joe created the initial chord sequence and woodwind theme. They used software instruments for the orchestral parts, blending them with some of their favourite hardware, including: Joe’s E-Bow, Juno 106 synthesizer and Will’s modular gear, to give the music a rich contemporary sound.

“We spent considerable time getting the sections of the orchestra to work with the dynamic of the film: controlling the feel of the strings to work with the emotional content and using deep drums to accent poignant shots. We added a heavily affected woodwind ostinato to lift the piece after the introduction, brass crescendos to build the drama and percussion to drive the last section. The organ was also important throughout the piece, both in glistening arpeggiated patterns and deep rumbling pedal notes. It worked well with the drawn-out strings to create the frozen in time feeling of the first section,” explained Strings and Tins’ Will Cohen. 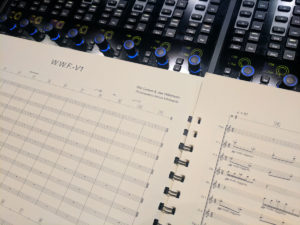 Dedicated to providing an authentic cinematic piece, String and Tins commissioned F.A.M.E.’S. Macedonian Symphonic Orchestra and an eight-piece choir to perform the bespoke track. Directing remotely from London, Will worked with talented orchestrator and arranger, Simon Whiteside, over two days to prepare and record their music. Simon ensured that the synthetic elements created in London could be coordinated with the most suitable instruments and musicians in the orchestra.

“Time is always tight in remote sessions but the team at F.A.M.E.’S. were fantastic and the whole recording went smoothly,” added Will. 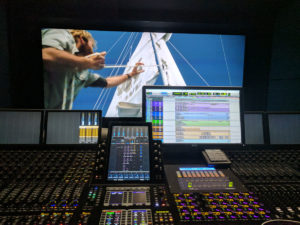 Commenting on the outcome of the project, Georgina Bridge, Director of Brand and Design for WWF-UK said: “It was inspiring to work with all the team at Strings and Tins. They understood immediately what we were all trying to do, and created the most evocative, original composition that brought the footage and story to life. We need to reach many people with our messages and in many ways – for us music creates that sense of urgency and emotional engagement. Hearing the track played in cinema was stunning.”

All the recordings were brought together at String and Tins HQ for a final mix, where they also recorded the rich sounding VO, George Irving. The commercial will play out online from August 2nd 2017.

WWF Uses The Power of Music To Help Protect The Planet added by newsroom on August 2, 2017
View all posts by newsroom →