By newsroom on March 1, 2016Comments Off on A New Day For Print Newspapers? 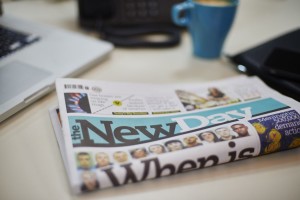 Take a look at the sales figures of any national newspaper and it doesn’t look good. What you see could be described as a steady decline to oblivion, what some would call the death of print.

So, what better time to launch a new daily national newspaper? The New Day is not only politically neutral but also offers an optimistic view –all rather counter intuitive. If we look at it more closely though, is it as counter intuitive as it first appears?

Firstly, The New Day is borrowing some thinking from the enemy, Silicon Valley – birth place of the Internet. The ‘always in beta’ approach is a method of just trying out your ideas, keeping them small at first, iterating them and then evolving them to see what works. With a small team of 20 or so, it sounds like The New Day is agile enough to pull it off – or at least have a bloody good go at it. 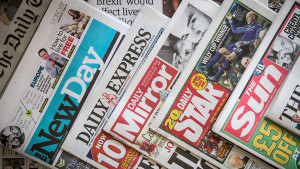 Addressing the ‘print is dead’ argument; for me it’s more a case of finding the right level, a rebalancing in a world where digital is the default. Look at vinyl – it’s made a comeback because people love to touch and feel real things. So it’s not dead, it has its place, but it’s nowhere near as big as it used to be because of the convenience of digital. Likewise the smaller offering from Mirror Group could well find its place in the digitally dominated world of news.

Finally, reading on a phone or laptop says you’re reading ‘something’, but reading a book or newspaper says something about you as person. Since others can see what it is you’re reading, they can make assumptions on what your politics are, what’s important to you, etc. Heaven forefend you might even end up having a real conversation with a real person!

If I know anything about branding, it’s that people love to make a statement and say something about themselves and their values. So maybe there is hope for a new daily which respects it’s readers and confidently flies in the face of digital. Optimistic indeed. 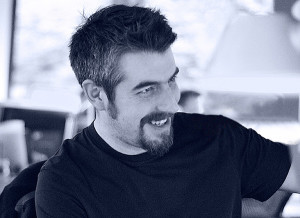 An Elmwood veteran and insight addict, Tim’s mission is to provoke clients and colleagues to think differently. Working with clients such as P&G, Argos and Morrisons, Tim has worked with the team to develop and define brand strategy with a healthy dose of enthusiasm, energy and curiosity.

When he’s not facilitating a workshop or getting up close and personal with consumers, Tim is usually getting very excited by the latest provocative trends.

Outside of work Tim gets his creative fix with technological gadgetry – he knows his IOT from his IFTTT.

A New Day For Print Newspapers? added by newsroom on March 1, 2016
View all posts by newsroom →