By newsroom on June 22, 2017Comments Off on Adrian Botan on his career journey and his blueprint for McCann Worldgroup 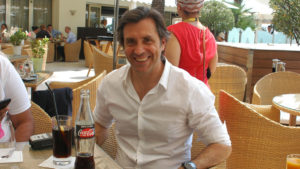 In 2011, his agency became the first to bring a Cannes Grand Prix to Central and Eastern Europe. In fact, he brought two back to the office, that year’s Direct AND Promo & Activation Grand Prix for the audacious campaign for Romanian chocolate brand ROM.

Now back in Cannes in his new role we spoke to Adrian about his career journey and his blueprint for McCann going forward:

Q) How has your architectural background helped you in the world of marketing? 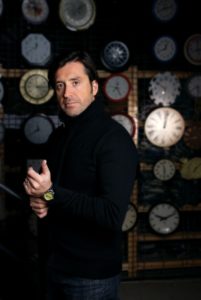 A) I think what’s interesting about architecture is that it’s a very conceptual profession. There is a lot about problem solving in a creative way. This is what we are doing more and more in advertising nowadays.

Twenty years ago, when I started with architecture, the world was two dimensional, you had print and you had radio. With the digital revolution something liberating happened, suddenly every medium became 3D and could expand. Think about outdoor for example, it is not a 2D medium anymore, it is all about the interaction between people and that piece of communication, and how do you do it in the area surrounding the actual poster. I think it is great when the thinking gets liberated because suddenly you are expected to think outside of the box.

This is how my background helps me here. I think people see architects in an artistic way, but they are actually very structured and great planners. They have to start from a plan and then imagine the whole building. I think this brings a whole brain approach to advertising and I hope this is evident in the work I do.

Q) As the Global Executive Creative Director, what is your blueprint for McCann going forward? 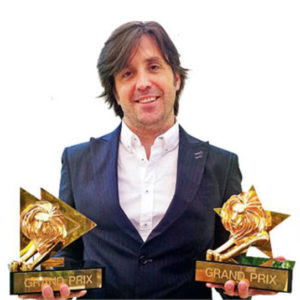 A) Within my previous role in McCann I was successful in a small market, where I managed to build quite a few significant operations, making it a creative hub for the network, and you couldn’t have expected this happening in Bucharest. When it comes to the map of creativity, I mention ROM, the chocolate bar and everybody gets what is happening in Bucharest.

I want to take, translate and scale that spirit to the regional market. I think its about building a culture, a community, sharing the same values around the region and I’m trying to bring a bit of the entrepreneurial spirit from smaller markets to bigger markets where it is all very set up. There is almost the feeling that you know very clearly what you cannot do. Whereas in Bucharest you can always ask yourself why not? We can do anything!

I am trying to bring this spirit to the West of Europe and I think we’ve seen the first results in 2016 and this year as well, with the work that gets recognised here in Cannes and everywhere else.

Q) Nils Leonard recently told us that there is a need in the industry for people to be provocative, as it is too safe sometimes. Is this something you want to do with McCann?

A) Of course, there are many brands that can afford to be more provocative and challenger brands that need to upset the norm, and at the same time there are brands that are stable as it is safer for them to do what has worked well in the past.

I think that’s the issue because usually what business try to do is to find a model that can be copied again and again, with the same results. But even for those businesses, it is important that they don’t get lazy and that they start reinventing themselves, because the work gets so complicated, and a lot of things change so it is better to change from the inside rather than the outside.

Look at how the food industry is challenged by local champions. There is a big challenge in markets like India, where you have local brands that are testing entire categories by doing something specifically local, which is very innovative from the product point of view. I think its important that the big and safe brands find provocation and challenge themselves.

Q) One of the brand that you know well – ROM – last year made a bit of a splash with its ROM-BOT, what are your thoughts on these ‘digital first’ campaigns? Are they the norm going forward?

A) For a long time in the industry it was standard practise to ask creatives to start with TV and film. As an internal discipline, what we started to do back in Bucharest and what we are doing now everywhere in Europe and around the world, is to not start with TV.

Start with a piece of digital because while executing if you really have a great idea, the best way to test it is to think: ‘Does it work in social?’ or ‘Does it work in digital?’ rather than ‘Does it work in a film?’. That should be consequence of the execution. Of course, film is really important, but I think that being digitally centric is crucial.

Q) Is that how you see the industry evolving?

A) Yes. I think that’s where we are going. It’s more a question of what is the capacity of the industry to execute in multiple platforms and really control this puzzle of communication, which is so fragmented right now.

Q) What is the one trend that you are really excited for?

A) I don’t like trends! In my opinion, once you’re in a trend you have to just jump out of it and try to invent something else, disrupt the trend!

But if you zoom out of Cannes and look at whats happening, I think that one trend that I have seen is in the cause-related marketing area. More brands are trying to change people’s life in a meaningful way, so this doesn’t stop with a communications campaign. It is actually affecting everything from product innovation to the way how companies get organised. I think that agencies can now play a bigger role for our clients and that’s really good!

Q) What was your favourite piece of work from the last year?

A) I really like ‘The Field Trip’ campaign by McCann. I think it is a great way of bringing innovation from a company and its so surprising to see how they can bring innovation to inspire a new generation of kids to become scientists. It is an amazing project!

But outside McCann, I also like the ‘Swedish Number’ by INGO Stockholm. I have a very personal reason for liking it and I have to confess it is envy!

We had a very similar campaign, launched prior to it called ‘Call Brussels’, and its goal was to promote the city of Brussels in the context of the terror attack that happened in 2016. The campaign was amazing, it invited people from all over the world to call a local, talk to each other, and see themselves through a webcam that the city doesn’t give in to terrorism and life goes on.

I love the Swedish Number because they managed to integrate the campaign so seamlessly and it was so brilliantly communicated. But I hated it at the same time because I look at it and I look at our campaign and we were so close!

Q) What advice would you give to young creatives?

A) Do it because you love it. That is the beautiful thing about advertising, people come to this industry not because it’s easy or to make a lot of money, but because it is a fun place to be and it’s so playful.

So just come if you really love it and if you’re really dedicated to it because it is not going to be easy. It is hard to deal with rejection everyday, especially as a creative you have to be able to look at your idea that has landed in the bin and come up with a better one. Or look at your idea that you did this year, which won lots of recognition and then also come up with a better one, fast! So, if you want to have fun, come here!

Q) What changes, if any, does the industry need to make?

A) I think that we are very good as an industry and as a creative industry, maybe too good! I would say more honesty and more truth, that would be refreshing. To come back to our McCann mantra: ‘Truth Well Told’ is a fitting one I think!

Adrian Botan on his career journey and his blueprint for McCann Worldgroup added by newsroom on June 22, 2017
View all posts by newsroom →