By newsroom on August 24, 2018Comments Off on Advertising Agency Confessions: I Just Touched A Real Cannes Lion (And Survived) 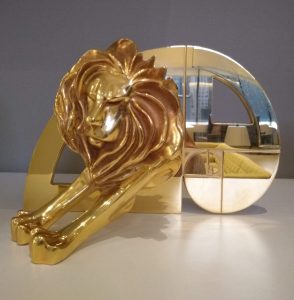 The industry equivalent of The Tony Award, The Purple Heart, and The Nobel Peace Prize stood menacingly before my eyes: The Cannes Lion.

One can only imagine the copious amounts of creative blood, sweat and coffee sacrificed by Xanax-popping account execs and cannabis-inhaling creative directors yearning to lay claim to this rightfully earned booty. Yet, there it was, just inches away from my oversized nose.

Full disclosure: I had never seen The Cannes Lion close up before.

The metallic exterior felt cold to touch and, following a botched attempt to discreetly lift up the miniature statue, proved to be surprisingly heavy.

I had assumed, while on a recent visit to McCann in New York City, that as the allegorical creative country bumpkin, I would feel bottom-rung and tongue-tied; rendered starstruck by finally meeting the bona fide Holy Grail of Advertising.

But there it stood, a sculpted piece of gleaming metal on a lusterless white shelf, alongside multiple lion-esque clones, emblazoned with historical dates and famous campaign titles. And there I stood, meeting its steady gaze without the slightest trace of intimidation.

I was not overwhelmed.

I did not feel inadequate.

I had no pangs of jealousy.

A strange feeling of unexpected indifference and impetuous ambiguity swept over my body.

While the metal effigy – replete with its fabled historical significance and bragworthy personae – was indeed an aesthetically pleasing object, I viewed it with the same mindset that one would view The Liberty Bell or The Chicago Picasso or The Gateway Arch: A hunk of metal with an intriguing tale. 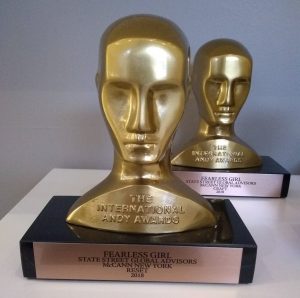 Am I being overly shallow and dismissive? Am I negating the herculean efforts of the advertising conglomerates that willingly worship these awards? Am I taking cheap potshots at the people who toil-and-burn-the-midnight-oil annually to win the coveted Cannes Lion?

Honestly – that’s not my intention.

But I especially admire the creative-little-guy-working-alone who, despite not winning fancy awards or being bathed in pools of accolades, hustles earnestly each day with nary a modest Certificate of Recognition to show for the staggering effort.

Fact: I am far more impressed by the humble three-man-design-shop operating out of a cramped basement that, funded by nothing more than sheer willpower, pulls off a Madison-Avenue-look-alike-style advertising campaign on a keep-it-cheap-shoestring-budget.

Fact: I am far more amazed by the part-time-marketer, part-time-mom, full-time-superhero who, without the benefit of comprehensive focus groups or stacks of analytical reports, manages to craft a brilliant merchandising plan that’s right on target and delivers concrete results.

Fact: I am far more captivated by the copywriter-turned-wordsmith that, while moonlighting only-during-off-hours as a website content amalgamator, effortlessly weaves keywords and catchphrases together in a dazzling onomatopoeian arrangement. 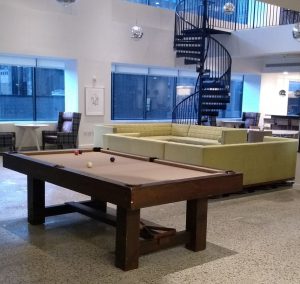 William Shakespeare summed it up best, long before the first Mad Man planted a polished Oxford on the pebbly Manhattan bedrock, with a presciently pithy quote: “All that glitters is not gold.”

But, despite grappling with such imbalanced disadvantages, these often-overlooked creative professionals have undoubtedly won… my genuine respect.

Advertising Agency Confessions: I Just Touched A Real Cannes Lion (And Survived) added by newsroom on August 24, 2018
View all posts by newsroom →