By newsroom on June 4, 2018Comments Off on Berlin-based initiative restarts the conversation about unequal pay with cheeky music video

Women in the EU earned on average 16% less than men in 2016, according to new data released in March 2018Â by Eurostat. Germany reported the widest gap in Western Europe â€“ 22%, ahead of the UK, Italy and France.

The subject is not entirely unknown, but it’s still not talked about enough. New Berlin-based initiative OhYouWomenÂ believes that â€œwalking the walk, starts with talking the talkâ€ and wants to bring people together to discuss the gender pay gap and other topics relevant to womenâ€™s lives in and out of the workplace. 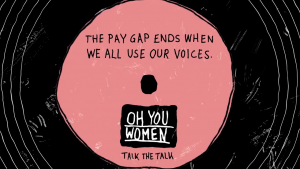 To boost their awareness, Jung von Matt/SPREE, in collaboration with DELI Creative Collective, created a cheeky music video about the absurdity of unequal pay. The idea is simple: Women and menâ€™s bits play no role whatsoever in the workplace, so why should men earn more, whether doctors, judges, chefs etc.?

The film shows how all of them fail ridiculously when they try to use their penises to do their jobs.Â Jung von Matt’s aim was not to point fingers. But for men and women to unite and join the fight against pay inequality.

That is why, the men join in the chorus and sing in unison: â€œWe donâ€™t do our jobs with our c*cks.â€ 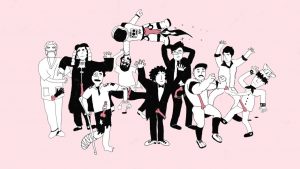 The project is the brainchild of a mixed team of young creatives uniting to make gender pay gap history. To help the message shine through, the agency used the same brutal simplicity in the animation style.

The lines are roughly sketched, imperfect, creating an edgy and contemporary aesthetic, favoured by a younger audience. The quirky style perfectly matches the whimsical original track composed for the film.

The sketched abstract style also allowed us to explicitly show the male genitalia for humorous effect, so that even the most prudish viewers could have a laugh and share it with friends, rather than be offended.

Berlin-based initiative restarts the conversation about unequal pay with cheeky music video added by newsroom on June 4, 2018
View all posts by newsroom →