British Airways has created a new TV ad, to launch as post-Christmas gloom hits the UK.

The ad, which was created by Bartle Bogle Hegarty, will air during the final ever episode of Downton Abbey on ITV on Christmas Day. In 2014 the Downton Abbey Christmas special was watched by 5.52 million people.

The ad shows a couple on a series of travels from Lisbon to Barbados, making use of BA’s various travel tools as they go. 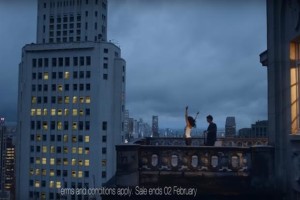 British Airways is aiming to catch people as the post Christmas fatigue hits, which they estimate to be between 9.30pm and 10.30pm on Christmas Day.

Matt Armstrong, the head of marketing and distribution for British Airways Holidays, said: “Last year we saw a massive 63 per cent increase in views to BA.com during the same period on Christmas Day so we were keen to snap up this key advertising slot for the third year running.”

The 40-second ad will run throughout the rest of the Christmas period, and through to the end of January.

The media planning and buying was handled by Carat.