By newsroom on September 6, 2018Comments Off on Cheerful New Ad by TBWA\Dublin for SuperValu Reworks Oliver!’s ‘Consider Yourself’

With ‘All Things Considered’, TBWA\Dublin creates a new positioning for SuperValu; one that reflects its heritage and commitment to offering genuine value to customers nationwide. The 60-second TVC sets the famous tune ‘Consider Yourself’, from the musical, Oliver!, to a montage of people who make up SuperValu’s extensive community. Using the song’s core word, ‘consider’, people from all walks of life – from families and teenagers to the supermarket’s staff and local suppliers – highlight the value they get from SuperValu. 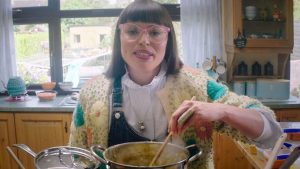 Tara Clifford, SuperValu Strategy Marketing Manager, comments: “We are delighted with our new ‘All Things Considered’ campaign – we believe it will have a huge impact in the Irish market once launched. What has impressed me most in the creation of the campaign is the collaboration through every stage of the creative process – insights, strategy and creative. This campaign is tackling a key issue for our brand in a new, modern and exciting way. It tells the full story of our brand and what makes us unique. We thank the team at TBWA\Dublin for all their hard work.”

Des Creedon, Creative Director at TBWA\Dublin, comments: “The Irish grocery market is a highly competitive one, with established players and more recent entrants engaged in an ongoing battle for share of market. SuperValu has a strong legacy of being locally relevant, through the people who work there and through the quality of food available – two very strong values. Their challenge is to add the value in monetary terms to the equation. SuperValu believe that value is the cumulative effect of their people, their food, their prices, their role in the community, their support of local businesses. These are the things they consider important, and what sets them apart. Our key aim was to ensure this new campaign was robust enough to inform every part of the SuperValu’s business, becoming a core belief, over an end line.”

The campaign launches Thursday 6th September. The TVC will be supported by cinema, radio, retail-focused executions, digital, VOD, and social media. The messaging of ‘All Things Considered’ will also chime with SuperValu’s upcoming Christmas campaign.

Cheerful New Ad by TBWA\Dublin for SuperValu Reworks Oliver!’s ‘Consider Yourself’ added by newsroom on September 6, 2018
View all posts by newsroom →