By newsroom on March 23, 2015Comments Off on CP&B London Captures Africa in Full Flight for Turkish Airlines Campaign

Africa has more people aged under 20 than anywhere in the world giving it unprecedented growth potential. So the agency wanted to create a film that shifts cultural perceptions and allows people to get a sense of its beauty, diversity and modernity.

Shot in five countries the film takes us from the surf schools on the wild coast of South Africa to the pier jumpers in Stone Town Zanzibar, the daring Devil’s pool at Victoria Falls and skate crews who soar through Capetown. In each place, we see flight in all its forms. 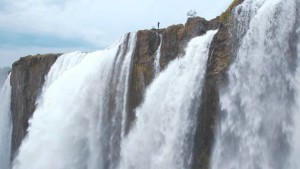 Turkish Airlines have doubled their seat capacity into Africa from 38K to nearly 70K since 2011 such is their excitement around the continent.

“The most important geographic part of the world over the next 100 years will be Africa. We’re excited and passionate about inspiring people to widen their world in travel to and from Africa” says Zeki Çukur, Senior Vice President Communications.

The film was shot by Richard Bullock of Hungryman, an appropriately Africa obsessed director who brought bundles of passion and energy to a shoot which never stopped moving to capture a continent in motion.

The behind the scenes footage was shot by Luke Scully who documented the intricacies of shooting flight using drones, Go Pros and men gracefully hanging out the side of vans.