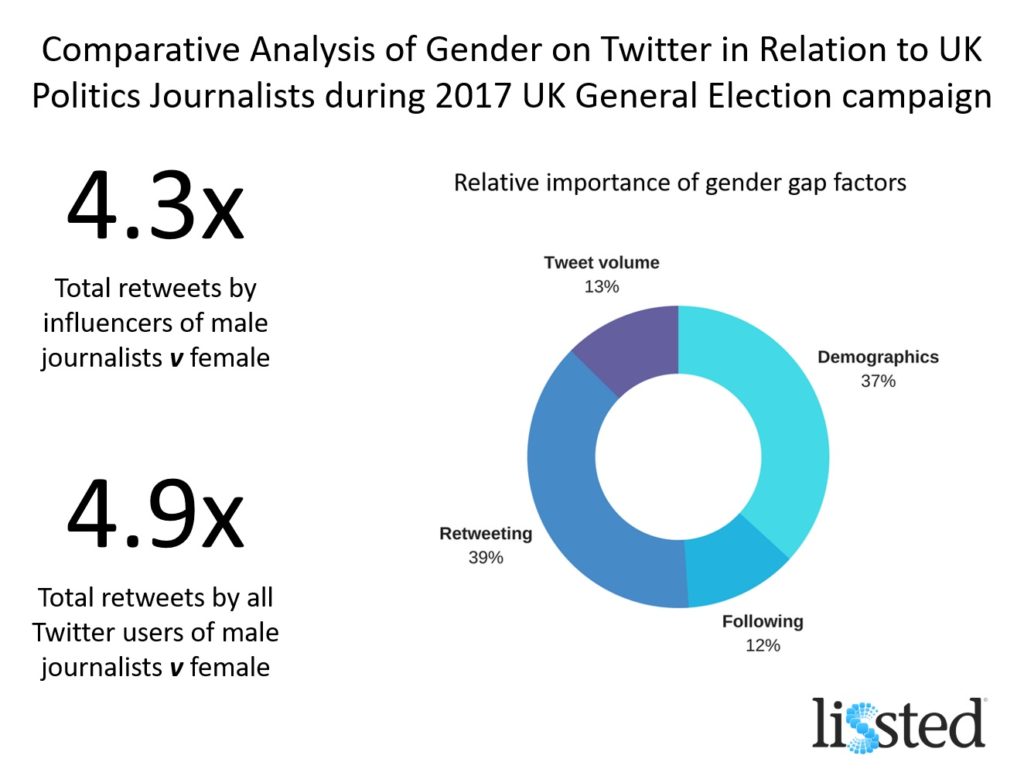 The disparity was due to a combination of four main factors (relative importance in brackets):

Demographics (37 per cent) – there are more male UK politics journalists on Twitter and male influencers are in the majority within the wider UK Politics Twitter community. In both cases the ratio was estimated to be approximately 5:3.

Retweet preference (39 per cent) – both male and female Twitter influencers (and Twitter users as a whole) were more likely to retweet male journalists than female. Even after adjusting for the previous three factors the ratios were – Overall 67:33, Male Influencers 68:32, Female Influencers 65:35. 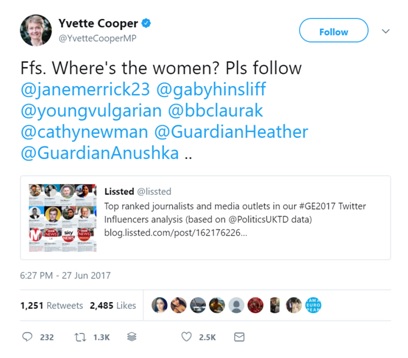 The research was carried out in response to the surprise generated by a finding in Lissted’s UK General Election 2017 Twitter Influencer analysis where the top ten journalists ranked in the analysis were all male.

This previous study was based on tweets featured on the @PoliticsUKTD (Politics UK Distilled) Twitter account. The account is powered by Lissted’s Tweetsdistilled system which estimates and ranks the apparent influence of tweets and then retweets those it ranks the highest.

The Politics UKTD study was based on over 3 million tweets by influential Twitter users between 18th April 2017 and 7th June 2017. These tweets included retweets and replies to over 200,000 other accounts.

Lissted carried out this latest research to establish why this all male top 10 had been observed.

The analysis demonstrates the validity of this finding, indicating there is an observable glass ceiling effect when ranking the influence of female UK politics journalists.

Other findings within the research included: 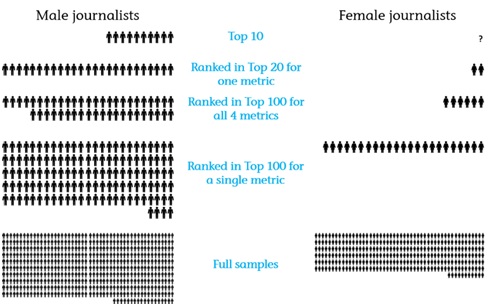 Commenting on the research Adam Parker, Founder of Lissted, said “The research shows that Twitter conversation in relation to UK Politics potentially suffers from a significant degree of bias in favour of the opinions and reporting of male journalists. As Twitter can often be a source of stories and commentary for the wider media, this may also impact wider political coverage and discourse in general.”

The research focussed on the retweeting and following behaviour of influencers, due to their disproportionate ability to amplify voices on Twitter.

Adam Parker continued: “A more mindful approach to retweeting by a relatively small number of influencers could have a considerable impact on the relative gender balance of political conversation on Twitter. It was interesting to note the heavily male biased retweet ratio of some of those who were most vocal in their response to the all-male top 10. This may indicate a lack of mindfulness about their own behaviour in this regard.”