By newsroom on August 22, 2018Comments Off on Food Transcends Cultural Differences in JWT Amsterdam’s New Campaign for PLUS Supermarkets

Food is so heavily embedded into the culture of a country, that local people rarely notice how wonderful – and sometimes weird – their own food is. That is, until someone from a different place arrivesâ€¦ 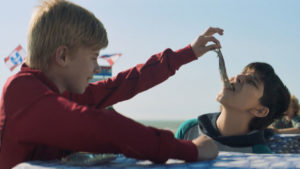 This insight sets the scene for J. Walter Thompson Amsterdamâ€™s new TV commercial for Dutch supermarket PLUS. The film follows the story of Ismail, a Syrian boy from a refugee family. At his new school he befriends Lucas, who introduces him to Dutch food in all its glory.

True Dutch delicacies are presented – and tasted with varied success – including familiar favourites like pickled herring with raw onions, toasted cheese and ham sandwiches (sans ham for Ismael), and the classic deep-fried meat snack, the â€˜bitterbalâ€™. 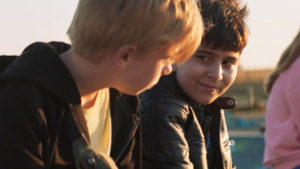 â€œFood and culture are intrinsically linked. And more than that – food has the power to bring people together. Even when they canâ€™t speak the same language. This was what we wanted to portray in a genuine and thoughtful way with our new film for PLUS Supermarkets,â€ said Bas Korsten, Creative Partner, JWT Amsterdam.

The spot is sensitively directed by leading Dutch director Ismael ten Heuvel, who was so moved by the narrative that he even named the protagonist after himself. The same director worked on JWT Amsterdam and PLUS supermarketâ€™s rather controversial Christmas TV commercial which featured a co-parenting family and showed how they celebrated Christmas.Â This spotÂ was one of the Netherlandsâ€™ most lauded Christmas ads of 2017.

Food Transcends Cultural Differences in JWT Amsterdam’s New Campaign for PLUS Supermarkets added by newsroom on August 22, 2018
View all posts by newsroom →