By newsroom on November 5, 2013Comments Off on Game launches ‘epic’ Christmas ad campaign 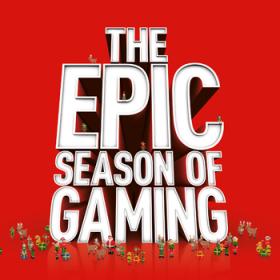 Game has launched its Christmas advertising campaign with an ‘Epic Season of Gaming’ ad.

The campaign, created by TBWA\London was designed to mark a “new era of gaming” on the back of the Xbox One and PS4 launches, and the TV ad runs in 20 and 30-second spots until 22 December.

The TV spot will be supported by print advertising in national press and women’s weekly magazines, outdoor advertising, a radio campaign and digital activity, including YouTube ads.

Ailsa McKnight, marketing director at Game Retail Ltd, said: “We are about to witness the launch of the next generation of gaming and whether you’re a gamer or a gifter, this is the biggest and most important Christmas we have ever seen.”

“Through our marketing campaign we’ve tried to do two things: firstly we’re building on the notion of ‘epic-ness’, driving home to gamers and gifters what an exciting season it is; secondly we’re demonstrating that Game is the place to go for exclusive offers, passion, expertise and advice from our store staff – all key attributes which we know gamers and gifters value highly,” added Ailsa.

Media planning and buying was handled by Rocket and PR activity by MHP Communications.