By newsroom on November 20, 2017Comments Off on Gatorade and Usain Bolt Launch New Stat in Cricket ‘The Bolt Rate’

Gatorade, in partnership with Eleven and TBWA Sydney, has created a new explosive cricket metric which has the potential to change the way the game is analysed, discussed and celebrated by fans. 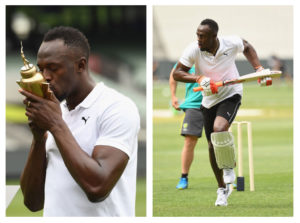 For the first time ever, the new measurement – Bolt Rate – will record the players’ run speed between wickets during the summer of cricket. The fastest man will then be crowned with The Gatorade Fastest Run trophy.

To help the Qantas Australian National Cricket Team boost their Bolt Rate, they’ve enlisted the help of the world’s fastest man and global Gatorade ambassador – Usain Bolt. Bolt has been working alongside Cricket Australia and Gatorade providing pointers to the team as they prepare to play for their country and the honour of being the fastest between the wickets. With Bolt’s expertise, the team have been presented with a unique advantage.

The integrated campaign by Eleven and TBWA will run across PR and social over the summer of cricket, launching with a hero film featuring Usain Bolt training with players. 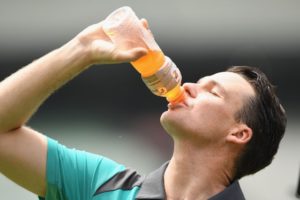 The speed will be measured using Catapult GPS tracking technology, the official technology used by Cricket Australia. Players’ top speeds will be recorded with the fastest runs published for media and on Gatorade Australia’s Facebook page.

Andy DiLallo, chief creative officer, Eleven/TBWA Sydney revealed: “I love the idea of Gatorade, a brand with a clear mission of achieving optimal athletic performance for its athletes, applying their focus to improving sport itself. Literally speeding up one of Australia’s most loved sports.” 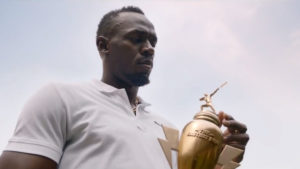 Fiona Milliken, general manager, Eleven added: “Australia is a nation of avid cricket fans and we tapped into their competitive spirit to create an innovative new way to talk about a sport with a long, proud heritage. The Bolt Rate brings speed to the game and has created a new dialogue for cricket fans.”

Russ Tucker, creative director, Eleven/TBWA Sydney said: “Bolt is synonymous with running, so it’s refreshing to tap into his other passion, cricket. There’s a powerful story in having Usain Bolt train the Australian cricketers to run even faster as they head into the cricket season.”

Jamie Bruce, marketing manager, Gatorade commented: “We’ve been proud to support the Australia national cricket team as the official hydration partner for the last 15 years. Now, we’re excited to have created a new metric that has the potential to change the way the sport is viewed.”

Gatorade and Usain Bolt Launch New Stat in Cricket ‘The Bolt Rate’ added by newsroom on November 20, 2017
View all posts by newsroom →