By newsroom on September 14, 2018Comments Off on International technology platform Pathfindr establishes new Norwich base 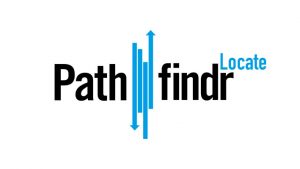 Technology platform Pathfindr, announced the relocation of its office to The Glass House on King’s Lane. The office move began over summer and the new space is now fully operational.

The company has always been based locally; having previously resided in parent company bigdog’s Norwich office, but due to recent expansion Pathfindr is now setting up a new base within the city. Led by Chief Technology Officer, Ben Sturgess and Managing Director, Matt Isherwood, the platform is part of Fuse, an innovation initiative that nurtures ideas for new technology products.

Pathfindr, a manufacturing ‘Internet of Things’ (IoT) system that helps to track and trace assets, has expanded rapidly since its inception in 2015 and works with clients such as Rolls-Royce. The team are currently expanding into new markets such as Germany, and recently returned from successful meetings in Switzerland and Singapore.

Ben Sturgess, Chief Technology Officer at Pathfindr, said: “Our rate of growth meant the time was right to set up our own office here in Norwich. The new facility will allow us to further develop our in-house production capabilities, alongside our research, development and prototyping functions, as well enabling us to ready ourselves for the next wave of expansion. It’s a very exciting time for Pathfindr.”