By newsroom on June 29, 2017Comments Off on JWT London’s Lucas Peon on the agency’s future plans and the importance of projects like Female Tribes 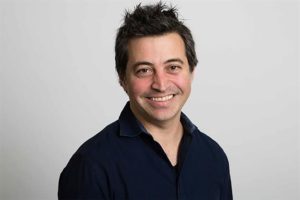 J. Walter Thompson London’s recent reshuffle of their leadership saw Lucas Peon replace Russell Ramsey as the Executive Creative Director. We got an opportunity to sit down with the new man in charge at Cannes, and discuss his vision for the agency going forward:

Q) You recently took over as Executive Creative Director at J. Walter Thompson (JWT) London, what is your blueprint for the agency going forward?

A) Hopefully great work, that is really the main focus, just great work for clients, solving business challenges, from as many different angles as possible. The world has become quite complex, there is a new idea coming out every second in the lives we live, platforms change, trends pop in and out way faster than before… so I think what we are trying to build is a team that is capable of responding to challenges in the most unexpected ways. Hopefully you won’t be expecting what’s coming out of JWT and hopefully we will keep on surprising you!

Q) You come from a strong digital background with your previous role as Digital Executive Creative Director, is that a clue for things to come from JWT? 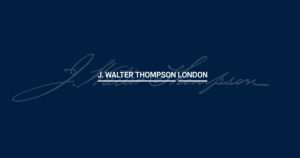 A) Interestingly yes and no! Maybe it’s a yes, because I think in the lives we live today it’s very hard to differentiate being digital or non digital. It isn’t even a question anymore. I think we all have phones as an extension of ourselves, as well as computer data, we all connect to the internet, we are constantly transmitting information at the pace of whatever.

However, to all of the sudden saying whether the ideas are going to be digital or not, is really not what we are after. I think we are after any idea that can break through. Any idea that will catch people’s attention and one that will make people think and feel different. That’s what we do for our clients.

So the push is to try for JWT London to be as open as possible, to any channel or platform that could be a good place to interact with people.

A) I feel that the one thing that is evolving at a tremendous speed in our lives is the opportunity to research, to ask. There used to be a time when you had a question and you had to wait until you found the person that would know. Now you just ‘Google it’ and in the split of a second you have the answer.

So I feel that there is a trend of brands no longer being able to construct an image. They will have to act and behave and there is a sense of honesty that, which is very important. One thing that really excites me, is being able to work for brands that are as honest as possible and I think we are going to see more of that going forward.

Q) The MMA and WARC recently released a report, which said that marketers in EMEA are budgeting for mobile, but the strategy and measurement are lacking. What are your thought on this? How can this be improved going forward?

A) I think you’re right. I think technology is developing at a tremendous pace, at the pace of culture. I think that brands need to be everywhere. They need to catch you, they need to interact with you, wherever you are. So, they are constantly jumping on new technologies and platforms. I think if there is a bit of what you’re saying, which is there isn’t much of a strategy, then as agencies we should take that as our responsibility to help clients to do it. We have to work faster than ever, explore and spend more time researching. 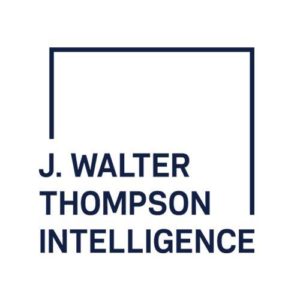 At JWT London we have JWT Intelligence, that just does that, they are constantly researching and they are constantly feeding us with information. We recently just had a presentation for the future of voice technology and that to me is an example of what we need to do as agencies. We need to be researching, even before it’s a trend, but we know it’s going to be a trend. We know that voice is going to be a very important part of our interaction with technology. We are not talking about the written voice for brands, we are talking about the actual voice of brands.

So, it’s good to be ahead of all of that and not just wait until it hits us in the face. I think that every agency should have their own version of JWT Intelligence to be able to be ahead of the curve because I think it’s our responsibility to lead clients when it comes to that. So if they are doing it wrong, it is partly because we are not helping.

Q) What was your favourite project from the last year?

A) It’s interesting because I like all the projects. We have been lucky that we have had quite a few good ones, and like your kids, it’s hard to say who do you like best! They have different personalities.

When it comes to us I think one is the #FThePayGap initiative. I have two daughters and to me, if there is anything I can do before I die, is to help, in the very little I can, to make sure that the world stops talking about inequality and unequal pays for women. I think it’s absolutely ridiculous! So, I love putting every single bit of energy into that project. I feel that I’m doing something for the future and I’m saying this personally but I know that everyone in the agency feels the same.

There was another project that we were lucky to be a part of, and just got an award for, is Gravity Light. Being able to help over two billion people, that don’t have a connection to light, and have to kerosene, which in turn poisons them and their families, was amazing.

Another one that I joined later was the Ash to Art project. It was an very emotional piece of work for anybody that loves the arts. So, those three (by JWT London) are really deep emotionally for me.

There is some amazing work this year from the other agencies as well! I really like JWT New York’s Unsafety Check. I think it is another cause that you want to get behind, it’s ridiculous that there are those types of separations.

But for the same reason that I like #FThePayGap, I love McCann’s Fearless Girl statue. I just thought it was great, it makes me proud, I see it and I can relate to that as a father of two girls and it is part of trying to make this world a bit more equal. So, I love them, they did a fantastic job!

Q) You spoke about the #FThePayGap campaign. JWT has been leading the charge for this cause for a while now, under the Female Tribes project – what type of reaction have you got for that over the last year? 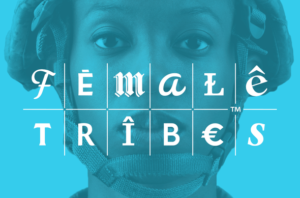 A) Female Tribes just keeps on going, there are more people, anybody that has leverage in this world, that hears about the tremendous effort that we started on our own, they just want to jump on board and be a part of it! Global celebrities are attached to it and it just keeps on growing, and it allows us to dig even deeper into issues and be able to affect more change thanks to the people that have jumped on board.

Q) What advice would you give to a young creative coming into the industry?

A) Come work at JWT and let’s change the world together! The advice is be tremendously excited about this industry, never become cynic, and work really  hard to try to make sure that you are constantly putting great ideas in front of the people that can help you get them into the market.

You can listen to the full interview with Lucas below:

JWT London’s Lucas Peon on the agency’s future plans and the importance of projects like Female Tribes added by newsroom on June 29, 2017
View all posts by newsroom →