By newsroom on March 13, 2018Comments Off on Kerris Bright to take up new BBC role as Chief Customer Officer 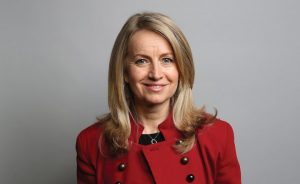 The BBC has announced that Kerris Bright, currently Chief Marketing Officer at Virgin Media, will take up the new role of Chief Customer Officer. The role will take responsibility for developing a closer, more personal relationship with BBC consumers, licence fee payers and those signing in to BBC services.

The BBC’s existing Marketing and Audiences team and Licence Fee Unit will report into this new role and form a new customer relationship management function.

Anne Bulford, Deputy Director-General, said: “This appointment will allow us to better understand and engage with our audiences across all our platforms. Kerris brings a wealth of experience to this role as we look to build on the progress we’ve made towards a more personalised BBC. She has worked at some of the biggest names in UK industry and will help deliver a step-change in our relationship with our audience.”

Tony Hall, Director-General, said: “Across the BBC we’re working hard to reinvent the organisation for a new generation. Making sure the BBC of the future is uniquely tailored to everyone, and available when and where audiences want it – will be critical to our success. We’re making good progress with over 12 million people already signed in use the BBC iPlayer, but I want us to step up our efforts on personalisation in the months ahead. Kerris’s appointment will help us be even more ambitious in this area.”

Kerris Bright said: “I’m thrilled to be joining one of the world’s greatest brands at a time when competition for the attention of our audience has never been more challenging and multi-dimensional. The opportunity to play a role in creating the next chapter of the BBC’s story was irresistible. In pursuing this goal, I have one very simple governing idea: putting the customer at the heart of what we do will be central to the BBC’s long term vitality and success”

The role will report into Anne Bulford and Kerris will sit on the BBC Executive Committee. Kerris will take up her role in the Summer.

Kerris Bright to take up new BBC role as Chief Customer Officer added by newsroom on March 13, 2018
View all posts by newsroom →