By newsroom on March 6, 2018Comments Off on LBC Asserts Its National Relevance in Rousing New TVC

LBC reveals a fresh regional TVC and national VOD in the UK, written and produced by London-based creative production agency, How Now. In a move to bring the national talk and phone-in radio station continued brand awareness and introduce LBC to a new audience, How Now have crafted five 30-second films. 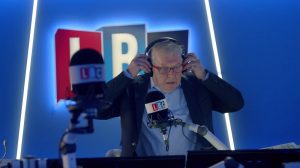 The campaign takes viewers straight into the action, featuring snippets of engaging debates between callers, presenters, and topical figures, such as Theresa May. Controversial Brexiteer, Nigel Farage, who joined the station as a presenter in January of 2017, also appears. We watch as listeners drive the conversation, tuning in from various environments, in turn highlighting the 24/7 accessibility of the station across devices.

With their most recent instalment, How Now conveys LBC’s quality, credibility, and breadth of programming for news and current affairs. The latest films will be followed by an additional three spots that each focus on LBC’s presenters, guests, and callers.

The 2018 campaign is a result of a three-year partnership between LBC and How Now, through which they have defined the much-loved energy and aesthetic of LBC’s video marketing. Print and the latest OOH have been created in-house at Global. Since setting out to challenge perceptions of the brand in 2015, the 2017 Rajar figures show that LBC has boosted its national audience by 18% – to over 2 million weekly listeners. 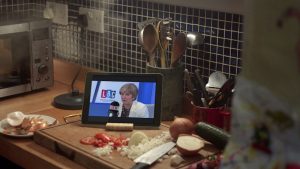 Laura Hollis, Marketing Manager at Global, comments: “How Now have created welcoming, bold and enticing ads that completely capture the essence of LBC, the opinions and topics it covers and the span of emotions it rides on a daily basis. To be able to unpack a news brand of this nature and repackage it so succinctly, whilst retaining its pace and breadth, is a phenomenal task and there’s no agency better equipped to do it than How Now.”

James Ranson, Senior Creative and Director at How Now, comments: “LBC provides us with a fantastic challenge – incorporating callers, presenters and guests in 30 seconds. We’ve also evolved the visual cues of where LBC can be enjoyed by including Amazon Alexa in this latest instalment.”

The broadcast VOD is now showing on digital services across All4, ITV, and Sky – and online on Teads, Videology, and YouTube. The regional TVC commercial debuted during Saturday Kitchen on ITV.

LBC Asserts Its National Relevance in Rousing New TVC added by newsroom on March 6, 2018
View all posts by newsroom →