M&C Saatchi has created an integrated campaign to drive the relaunch of East Midlands Trains establishing a stronger identity for the brand and deeper engagement with the passengers and communities they serve.

The campaign, entitled, Trains on the outside. People on the inside, will run from 3rd February, leading with regional TV. There will be three different TV ads running for several weeks; all based on heart-warming true stories and customer experiences of East Midlands Trains’ service.

With East Midlands Trains having reached a key milestone in successfully negotiating an extension to its franchise, M&C Saatchi, along with partner agencies LIDA and Blue449, were tasked with creating a new marketing initiative to refresh the brand, drive awareness and ultimately increase passenger volumes. 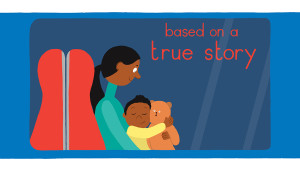 This new integrated campaign sees M&C Saatchi convey the message that East Midlands Trains has evolved significantly as a business, moving from a traditional rail operator approach which focuses rigidly on infrastructure and logistics to being genuinely customer service-led. The TV ads highlight this through charming animated stories, detailing the compassionate values that EMT employees have, and are encouraged to act on. The first of the TV ads affectionately retells the real-life story of a child leaving their teddy on a train and becoming very upset. After seeing this, an East Midlands Trains employee replaces the lost teddy with a similar one she happens to have at home.

The campaign will also run across print, radio, online, social and OOH.

Kate Squires, Group Marketing Manager at East Midlands Trains, said: “We’ve recently announced that our franchise will be continuing to at least March 2018 and as part of that, we’re investing around £13 million in a package of customer improvements. It’s really important to us that our customers know how much we value them and the ways in which we can make their travelling experience a whole lot more enjoyable. We have some great people at East Midlands Trains, and by working with M&C Saatchi, we’ve managed to get across some important messages about our people and the service we offer to our customers.” 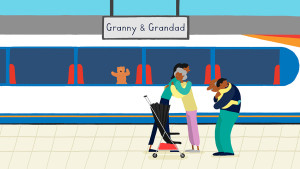 Matt Hennell, Senior Account Director at M&C Saatchi, said: “As so many of us would agree, a great day should start with a great train journey, and with East Midlands Trains this is often the case. With this relaunch we wanted to encapsulate this while bringing to life the friendly characteristics of the East Midlands Trains brand and service. Having heard so many of the warming experiences people have had with this service, it was hard to single out which to focus on. But these three stories stood out, each having a particularly warm and human aspect to them.”

This is the first ATL campaign since 2011 following M&C Saatchi winning the East Midlands Trains advertising account in April 2008.