By newsroom on March 21, 2018Comments Off on Mindshare Changes Management for Growth Markets

Amrita Randhawa is promoted to Asia Pacific CEO. Randhawa, who was previously the CEO for Mindshare Greater China will remain based in Shanghai, where she will continue to manage Mindshare China as its Executive Chairperson, in addition to her overall Asia Pacific duties. 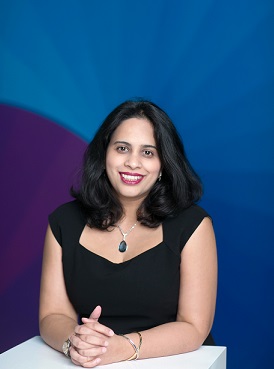 Randhawa has been with the agency for over 12 years working across the Delhi, Mumbai, Beijing, Shanghai and APAC Regional office in Singapore. During her time, as Greater China CEO she oversaw the elevation of the agency to its current dominant position in China topping every league in the market including the RECMA qualitative and quantitative leagues, R3 AgencyScope and making the China office the global lead contributor to Mindshare’s new business wins.

She has also since taking on the remit of Greater China last year worked with the leadership in both Taiwan and Hong Kong to transform both markets. Randhawa’s leadership has been recognized at several forums including the inaugural Women Leading Change Awards, Campaign 40 under 40, Ad Age China’s Women to Watch and Campaign’s Greater China Agency Leader of the Year.

In her new role she will focus on the agency’s product, especially delivering the balance of brand and demand services for marketers and ensuring that Mindshare adapts and evolves in line with client’s needs first and not agency agendas.

Commenting on the appointment Randhawa said, “We often say Mindshare has an Asian heart with our first office being in Taiwan. Asia is the star of our network and I take this responsibility with an incredible sense of humility. Sitting at the crossroads of data, content, technology and analytics, this is the time for the media agency. Working with the incredible leadership team we have in each of the APAC clusters especially in Himanshu, Katie and PK, our focus will be to ensure that Mindshare is ahead of the pack and charts the path for what is possible for media agencies today and tomorrow. The media landscape is changing in every corner of Asia at an incredible speed and working with the amazing breadth of talent we have in this region to create our future is a phenomenal opportunity.” 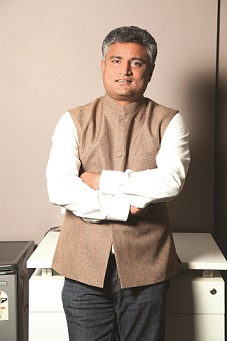 Prasanth Kumar (PK) is promoted to the position of CEO for MENA and Africa in addition to his current role as the CEO for South Asia.

PK was previously the CEO for South Asia, where he oversaw rapid expansion in that market bringing the agency to a dominant position according to RECMA. During his time as the Mindshare India CEO he developed a record for not just the most number of new business wins by a single market, but also a tradition of external accolades, which included such highlights as a Glass Lion at Canes and an average of over 250 external awards per year.

Commenting on his appointment, PK said, “This recognition in the context of the strong talent profile we have built in the purple family means a lot to me as it reflects our commitment to focus, serve and collaborate with our clients fueling their business growth. Marketing is morphing and so are we in terms of how we think, act and behave for our clients and their business outcomes. This expanded role gives me the opportunity to widen my perspectives and cross-pollinate our learning and initiatives for smarter, faster, better practices for our clients and our purple talent. I am thrilled and excited to be working with the new markets – Middle East and Africa, as these markets along with India and South Asia are probably the fastest growing economies on the planet. I am very proud and confident of my team. Together we will make the purple flag fly newer heights!” 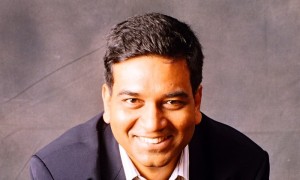 Amrita and PK in their new role will continue to work with Ashutosh Srivastava, the Executive Chairperson & CEO for Growth Markets, comprising of APAC, MENA, Africa & Russia/CIS.

Commenting on the appointments Ashutosh said, “Amrita and PK represent the very best of Mindshare. They have both been transformative in their leadership approach to two of our biggest markets and have made Mindshare the dominant force it is today. These two represent the future of Mindshare for some of our most important markets globally. I look forward to them continuing to transform Mindshare’s vast network of offices in this region to stay relevant and highly valued business partners to their clients.

Both roles are effective immediately.

Mindshare Changes Management for Growth Markets added by newsroom on March 21, 2018
View all posts by newsroom →