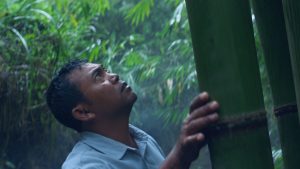 Directed by duo Trunk (AKA Will Billany and Steve Middleditch), the visually-stunning films reveal the inspiration and craft behind Master Origin’s five distinct new flavours, which are sourced from Indonesia, Ethiopia, Columbia, India and Nicaragua.

The 30-second TVC shines a light on the unique harvesting and processing methods practiced by a local coffee farmer based in an Indonesian rainforest. The incredible shots – which were captured mainly on location in Indonesia, with additional drone footage taking place in Colombia, Mexico, India, and Nicaragua – are made even more vivid in the grade. 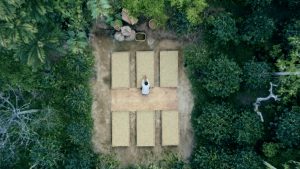 The vibrant colour palette immerses viewers in the lush green foliage of the rainforest and rich warmth of the beans while the edit highlights the farmer’s close connection to the land and the intricacies of his time-honed craft.

London-based full-service post-production facility, Gramercy Park Studios, completed the offline, colour grading, and sound design of the TVCs, as well as VFX, creation and animation of the CG capsules. 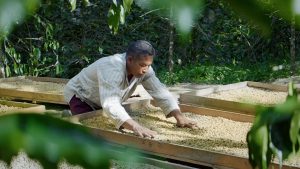 Richard Ireland, Managing Director at GPS, says: “This campaign is key to Nespresso’s launch of their new Master Origin range. We had to ensure that we did justice to some beautiful creative and visuals from J Walter Thompson and the directors. The multi-faceted nature of the campaign, combined with multiple shoots and numerous cameras and file formats, meant the spots really benefited from our end-to-end approach to post-production, where we were able to keep the creative front and centre.” 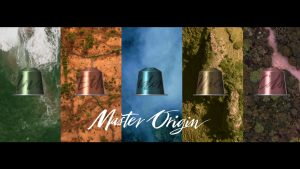 Gramercy Park Studios also completed 6 animated digital films, launching on Facebook, that utilise a modern take on the classical Trompe L’oeil technique, an art technique that uses realistic imagery to create three-dimensional illusions. These form ‘takeover’ style videos that break the fourth wall as they appear to take over a user’s app. GPS finished the films in post and crafted the animations using Flame and After Effects.

The campaign launches globally on TV and online, from 27th August. It is supported by two 20-second and 15-second cut downs, 90-second retail edits, idents, plus pushes through social and digital.