By newsroom on November 20, 2015Comments Off on New Playstation Ad by 180 Amsterdam Shows the Wonderful Life of a PS4 Player

180 Amsterdam recently approached Wake The Town’s new Amsterdam branch to research and select the perfect track for their new PS4 commercial, The Wonderful Life of a PS4 Player.

Directed by Blink Productions’ Bjoern Ruehmann and choreographed by Supple Nam, the spot features a PS4 gamer living out the many features of the PS4 as he dances through his fantastical Playstation home. Keen viewers will notice a nod a second to Playstation games, old and new, as the hero collects fellow players and characters on the way to his array of cars (including the Batmobile) on the front drive. 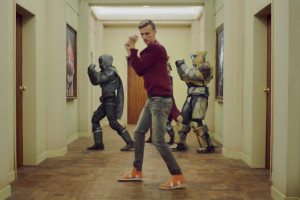 Wake The Town’s Music Producer, Jenna Fentimen, spoke about working on the project, “I was approached very early in the process for this film, as it was so important to have a strong idea of music direction before the shoot. By the time I was asked to submit my first round of search results I had had the concept mulling around my mind for a while. Go! just felt right from a very early point, and consequently stuck whilst we researched many different angles. It was great to work on a project where music plays such an integral role in the overall concept, and the moment I first saw the music to picture, it worked better than I could have imagined”

The campaign is currently on TV & in Cinemas.

New Playstation Ad by 180 Amsterdam Shows the Wonderful Life of a PS4 Player added by newsroom on November 20, 2015
View all posts by newsroom →