By newsroom on May 16, 2018Comments Off on New research by 4imprint reveals that uniforms can be a powerful marketing tool

New research reveals why a branded uniform can be an effective tool for raising brand awareness and instil trust and confidence among consumers. Almost 150 marketers were asked how they felt about a range of marketing efforts designed to help create a strong first impression about a brand or business.

The study found that almost two-thirds of marketers (61%) believe that company uniforms are a more effective marketing tool when connecting with consumers and influencing behaviour, compared to other forms of advertising.

The research was commissioned by promotional marketing retailer 4imprint, as part of its ‘First Impressions’ campaign, having recently released a new range of corporate clothing.

An identical proportion said that corporate uniforms also trumped radio advertising (36%) and outdoor advertising (36%) when it comes to influencing consumer behaviour. Almost a third (31%) feel that branded uniforms are a more successful marketing tool than word of mouth. 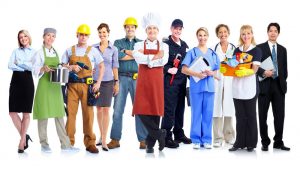 The importance of word of mouth when conveying a favourable brand image will be apparent to marketers given that more than 80% of consumers place the most trust in recommendations rather than a brand’s own marketing efforts, with further evidence suggesting that word of mouth is the main factor behind as much as 50% of all purchasing decisions.

Commenting on the study’s findings, a spokesperson for 4imprint, said: “Our research results found that first impressions matter.  A decision can be made about a brand, company or person within 26 seconds – which is why appearance is so important. It’s evident that uniforms can boost brand awareness, provide reassurance to customers and – help garner trust with the general public – which is vitally important in marketing, retail and service industries.”

In the same study by the promotional marketing retailer, consumers were asked whether or not trust and confidence influenced their decisions when interacting or engaging with people they didn’t know. Half of those surveyed said that they were more likely to approach and talk to someone they didn’t know if they were wearing a uniform.

Meanwhile, 53% revealed that they were more likely to trust someone wearing a uniform either in the workplace or in public. Furthermore, corporate clothing or a stylish uniform can also improve how employees feel about their jobs.

According to the research, of those who said they were employed, more than seven in 10 workers (72%) wish they had a uniform for work, claiming it would make their job – and consequently first impressions – easier to manage.

New research by 4imprint reveals that uniforms can be a powerful marketing tool added by newsroom on May 16, 2018
View all posts by newsroom →