By newsroom on August 20, 2018Comments Off on Paddy Power erects giant drive-thru confession box to prepare Ireland for Pope’s visit 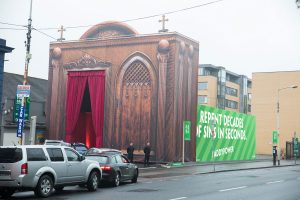 Paddy Power have erected a giant drive-thru confession box to help the people of Ireland repent decades of sins in seconds ahead of the Pope’s visit this weekend.

A specially commissioned survey revealed that more than a quarter of Irish people haven’t attended confession in a decade or more. Almost 80% said they do not go to confession regularly and a further 29% disclosed that it was so long ago, they can’t remember when they last confessed. 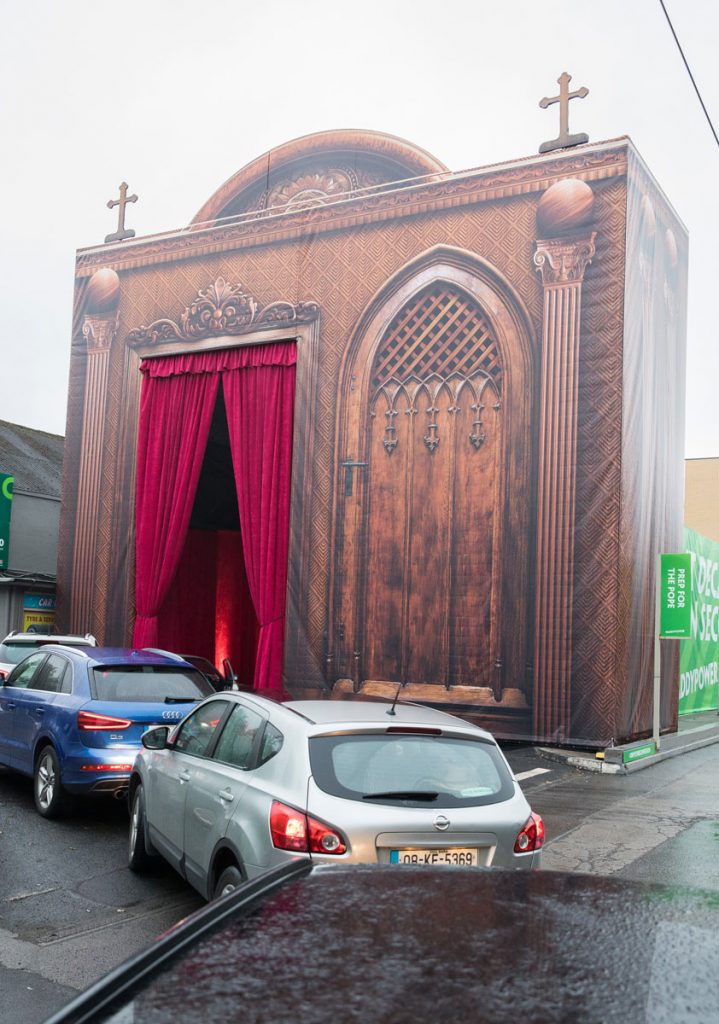 When asked if they found it convenient to attend confession, the majority (61%) said no, and a further 15% said it could be improved. So, with the visit of Pope Francis now imminent, Paddy Power have created the perfect portal to help punters clear their conscience on the go, taking them from sinner to winner in a flash.

The whopping structure is built in the shadow of the Phoenix Park, where crowds of up to 500,000 are expected this weekend for the first papal visit since John Paul II’s iconic visit in 1979. The drive-thru confession box will allow motorists to get sin-free fast, and observe The Pope’s mass minus any Catholic guilt.

“Ireland has changed a lot since the last Pope’s visit – gay marriage is legal, we’ve repealed the Eighth Amendment, and even secretly cheered for England in the World Cup,” a Paddy Power spokesperson said. “With decades worth of sins clocked up since then, we’re providing a convenient means to complete your contrition with your keys still in the ignition. And if the Catholic hierarchy have anything they’d like to get off their chests too, they are more than welcome to take a spin through our mega drive-thru confession box while they’re here.”