By newsroom on July 10, 2017Comments Off on Pop-up food truck offers “Women’s Meat” sandwiches to highlight human trafficking and prostitution in Israel 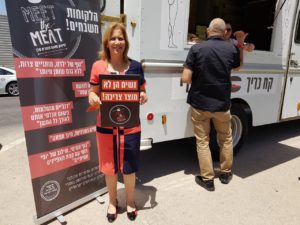 Task Force on Human Trafficking and Prostitution (TFHT) organisation and M&C Saatchi Tel Aviv have launched a hard hitting awareness campaign to support legislation to prohibit prostitution. The campaign is aimed at putting an end to the prostitution industry in Israel.  The country’s mortality rates among female prostitutes are 40 times higher than the rest of the population, with few women unlikely to live past the age of 50.

Launched earlier in July, the pro-bono pop-up ‘food’ truck is parked opposite the Israeli Parliament, the Knesset plaza, communicating the simple message: Women are not a product for consumption. The “Women’s Meat” sandwiches called “Breast Amal” and “Ribs of Yael” are packaged into brown paper bags and contain real life stories of women engaged in prostitution. On the truck itself, the famous butcher illustration of a cow was turned into the figure of a woman whose body is marked and divided into cuts of meat. 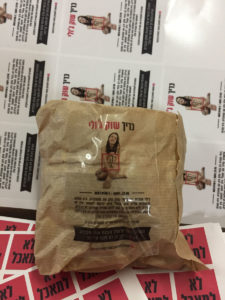 The Task Force on Human Trafficking and Prostitution members are calling on Minister Aylet Shaked and Israeli government members to pass the bill to prohibit prostitution. Minister Shaked’s inter-ministerial committee that examined adopting the client incrimination model concluded its work in May.

However, the Minister has so far refrained from publishing the recommendations. So, despite the public support and evidence that mortality rates among female prostitutes are 40 times higher than the rest of the population, the bill cannot be progressed.

According to a survey by the Ministry of Social Affairs and Social Services, 12,500 women, men and teenagers are employed in prostitution in Israel. Every year, hundreds of new women are pushed to enter the world of prostitution, and exiting it is almost impossible. 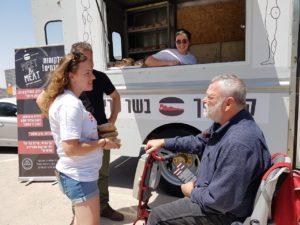 Tzur Golan, Executive Creative Director and Partner at M&C Saatchi, Tel Aviv said: “We can’t stand by and let this continue. It’s important to highlight the fact that every day vulnerable men, women and teenagers are employed in prostitution – and it’s getting worse. The best way to stop the wheels of this industry is to harm demand – if there’s no demand there won’t be supply. We wanted to create meaningful work and will continue to support TFHT as they continue to take a stand against the prostitution industry.”

Criminalising prostitution is intended to set in motion a process to change Israeli society’s mind in its approach to the sex industry. 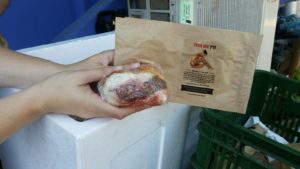 In the State of Israel there is no prohibition from “buying” sex services. The law refers only to offences relating to advertising, pimping or consuming prostitution services from minors. In reality, the law, in its current framework, doesn’t prevent the existence of the prostitution industry. The human trafficking industry is based on criminals who make a profit at the expense of women fighting for their survival. 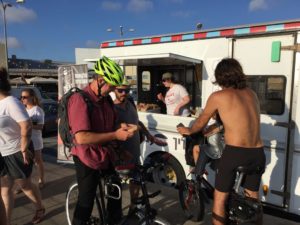 The campaign is aimed at reducing the demand for prostitution by acting against the transparent link in the prostitution chain – consumers who finance the industry and allow its further existence. It demands comprehensive rehabilitation services for all those in the cycle of prostitution, including employment rehabilitation, education and health aid.

Different models adopted all over the world such as the Nordic Model in Sweden, proved to be effective in deterring potential clients and brought about a drastic fall in prostitution services and human trafficking.