By newsroom on September 19, 2018Comments Off on Publicis Media Agencies Named a Leader and a Strong Performer by Independent Research Firm 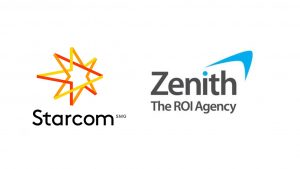 Publicis Media agencies Zenith and Starcom were named a Leader and a Strong Performer, respectively, in The Forrester Wave: Global Media Agencies, Q3 2018. Both agencies were among the select companies that Forrester invited to participate in this evaluation of the media agency landscape.

Zenith received the second-highest score in the Strategy and Current Offering categories and was recognised for its ability to converge commerce and media to drive client growth. The report noted that the agency’s heritage as one of the first independent media networks “sets the stage for its vision to master the newly converging media and commerce landscape,” and cites its investments in eCommerce, personalisation, marketing consulting, automation, AI and data visualisation skills and tools. The report also states that “Zenith shows strength in its own strategic vision, analytics, performance marketing and data sciences.”

Starcom was named a strong performer and was noted for its ability to blend operational excellence with digital prowess. According to the report, Starcom’s “reputation as a strong media operations partner has allowed it to catch up its data practice and integrated approach to planning and activation.” The report also cites that “Starcom shows strength in operationalising its HX process into media strategy, communications planning, buying and activation.”

Zenith and Starcom, were evaluated on 23 different criteria that assessed their current offering, strategy and market presence. Both were recognized for their collaboration with partner agencies and their approach to brand safety.

Publicis Media Agencies Named a Leader and a Strong Performer by Independent Research Firm added by newsroom on September 19, 2018
View all posts by newsroom →