By newsroom on December 11, 2017Comments Off on See Wind-Power Through a Child’s Eyes in This Beautiful New Audi Campaign

Audi and AvL/SE launch a beautiful and thought-provoking new film that invites us to view wind energy through a child’s eyes. The campaign promotes the new Audi g-tron model – a gas-powered hybrid fuelled by wind energy. By reimagining the natural force with childlike wonder, Audi encourages us to consider the possibilities of alternative drive technologies. 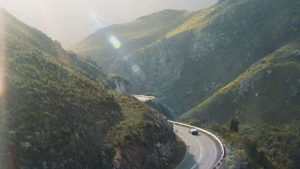 Creatively devised by Berlin-based agency, AvL/SE, and produced by Czar, ‘Wind’ is an emotionally honest film told from a child’s perspective. From the backseat of his father’s car, the boy observes the pure power of the wind and how it affects everything around us.

Beautifully-executed visual effects give us a glimpse into his imagination: full-grown trees magically transform into floating dandelions, and leaves migrate from tree to tree like birds. The touching film ends with the boy noting that, because his car is powered by wind-energy, it’s the wind that is driving their car. As he looks behind, he sees a CGI wind cloud blowing their car onwards. 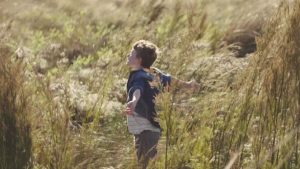 With this new model, Audi expands its work in sustainable fuels. The bespoke fuel that powers the g-tron is produced by Audi itself from wind energy. The new car uses 80% fewer CO2 emissions than other models.

Tasked with showcasing Audi’s pioneering technology in a way that awakens curiosity and emotion, AvL/SE created this thought-provoking campaign, which is spearheaded by the 80-second film. 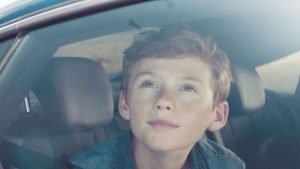 André Aimaq, CCO & Co-Founder of AvL/SE, comments: “Most of us think of petrol and pollution when we think about gas, but Audi e-gas is the opposite. To raise awareness about the possibilities of this natural energy, we took an emotional approach rather than going into the complex technology. As an adult, we take the natural force of the wind for granted but when we see it through the eyes of a child, it becomes fascinating and stimulating. With this new campaign, we hope to give Audi’s slogan a new relevance for the future.”

See Wind-Power Through a Child’s Eyes in This Beautiful New Audi Campaign added by newsroom on December 11, 2017
View all posts by newsroom →