By newsroom on March 2, 2015Comments Off on threebrand Shows Tomatin’s Softer Side in New Brand Positioning

Established in 1897, Tomatin Distillery found itself in a position whereby it had no sense of identity.

Edinburgh-based threebrand was briefed to develop a campaign that would give Tomatin cut-through within the saturated malt whisky market. This positioning would be communicated though a series of press adverts, posters and sales materials.

Associate Creative Director at threebrand, Malcolm Thomson, commented: “Historically, the Highlands are seen as a harsh, tough environment, which traditionally produces heavily peated malts. Yet, Tomatin is a Highland Malt, which is light, delicate and mellow. It’s softer than you would expect!”

This softness is also reflected by Tomatin’s geographical location – The Monadhliath Mountains. The landscape is much smoother than its jagged, west coast counterpart.

Malcolm continued: “Drawing on these qualities we developed ‘The Softer Side of the Highlands’. Traditional Highland imagery was taken and humorously tweaked, allowing viewers to register at a glance that something is different and ultimately ‘softer’.”

The campaign has been rolled out via a soft launch (excuse the pun!) and therefore access to tangible impact figures isn’t available at this stage.

However, Jennifer Masson, Marketing Manager at Tomatin Distillery, commented: “The feedback to the campaign has been brilliant – our customers love the creative and are pleased that we now have a clear brand story and strong identity. The central concept has great potential to grow and develop in different ways in each of our markets, which we are starting to see already. More importantly, people are noticing our advertising – the brand is attracting attention where we previously didn’t have a voice.” 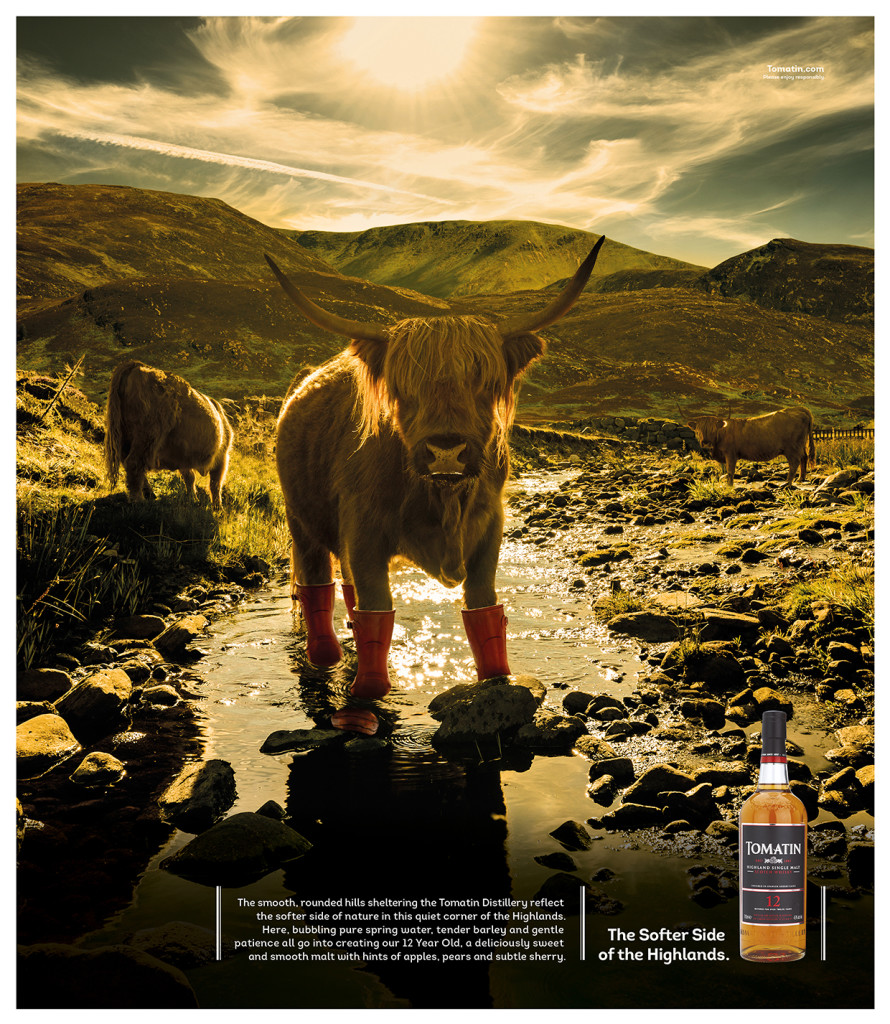 threebrand Shows Tomatin’s Softer Side in New Brand Positioning added by newsroom on March 2, 2015
View all posts by newsroom →