By newsroom on July 3, 2017Comments Off on Tom Cheesewright on what the future holds for the marketing industry 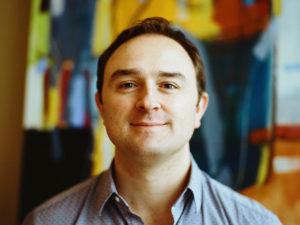 Standing in other people’s shoes is crucial to effective communications, yet technology and AI are changing our world at a continually accelerating pace.

And so, at an event in central London recently, creative direct marketing agency Soul asked applied futurist and author Tom Cheesewright what he thinks the world will look like in five, ten or 20 years and, by extension, what this means for marketers.

Cheesewright described himself as a ‘long-term optimist, but medium-term pessimist’ when it comes to the battle of human versus machine in the future world of work, and in this era of what he termed ‘high frequency’ marketing.

Inevitably, he said, there will be a painful period during which large swathes of jobs are entirely wiped out – in call centres, and warehouses, for instance. But he had some encouraging news for marketers, who are in the business of making connections and driving creativity.

“For creative people, there’s enormous potential to design what the future looks like,” he said, urging those in communications to adopt a mindset of brave experimentation and ask themselves how they can ‘completely change’ the model in terms of how we engage, while all the time retaining the trust of consumers.

“Experimentation is cheaper and easier than it ever has been,” he said. And we need to “drill into” people that “they are creative, even if they can’t draw a beautiful landscape”, he added, recommending that the audience read some AI-generated poetry if they didn’t believe him.

Cheesewright painted a picture of a world in which “every single one of us will have a personal AI which acts as a shield to defend us from bombardment [of advertising messages]”, and in which brand and consumer AIs engage in a “multichannel, lightspeed game of chess”, as the brand tries to negotiate the consumer’s filter firewall.

“A fraction of attempts will make it to the consumer, but those that do will be hyper-targeted and should have a high success rate,” he said. 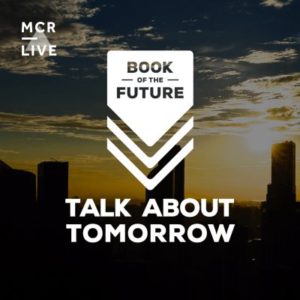 And, in order to better understand what is happening on a macro-level, he urged the industry to consider five trends that have been seen repeatedly over the past five years and which he listed as: diversity, agility, performance, ubiquity and scale.

Diversity has come about because low barriers and increased opportunity mean more entrants, he explained, giving by way of example the thousands of television channels we now have to choose from today, and the increased competition faced by traditional grocers from the likes of discounters and organic food delivery boxes.

And, with regard to performance, Cheesewright noted that the sheer speed of data flow, and the need to act on information in real-time, means that today we hear of “high-frequency traders”, for whom “the speed of light is not enough”.

Delivery in under an hour, the use of drones, and increased personalisation are just a few other trends which underscore the need to drive efficiency and offer ever more “extreme” convenience. “Personalisation has a dramatic effect on ROI, giving, typically, about a 20% uplift [in marketing performance],” he add

Then there’s ubiquity and, here, Cheesewright gave the examples of a “dash button”, which enables instant ordering of routinely used products such as washing powder or toilet roll, and which forms a wider trend of what he termed “autonomous shopping”; and Enfield Council’s use of Amelia, a customer-service avatar, driven by AI. “We employ millions in call centres across the UK,” he said. “Yet, people prefer dealing with her to another human being.

“Some purchases will have no human involvement,” he continued. “You just outsource that decision to AI. It will become entirely automatic.”

Yet, in this world of increased automation, there will, at the same time, be a “growing value” in creativity and connection, and Cheesewright gave by way of example the recent resurgence of vinyl in the face of increasingly digital music consumption, and the surge in peer reviews and recommendations.

Finally, there’s scale. Amazon really understood this, he told the audience, adding that borders are still “falling”, despite Brexit and despite the proposed wall in Mexico. “Have you ever used [global online marketplace] Fiverr to get things done?” he asked. “The quality of work start-ups show me coming back from Fiverr is absolutely staggering.” 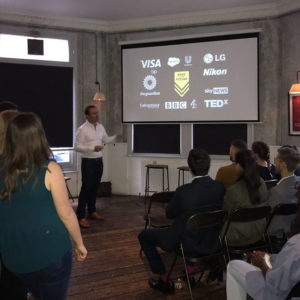 Moving on from his points about what he termed increasingly “low friction” interactions, Cheesewright added that both research and his own experience suggest that we are moving from a “product” economy to an “experience” economy, noting that his younger cousins prioritise their “concerts, holidays, and great meals out”. So, alongside an ability to outsource the routine or mundane, the need to offer creative, engaging communications was, once again, brought to the fore.

And, in the midst of all this, new players will emerge, and may even challenge the dominance of behemoths Google and Facebook. “In some ways, these technology companies are already not leading [the pace of change],” declared Cheesewright. “They have hung on for longer than I expected – Facebook particularly.

“And the vast majority of Google’s money now comes from something it invented ten years ago. Facebook is the same, optimising not inventing. That’s the reason Google is quite acquisitive now.”

And so, with the creative canvas growing all the time, thanks to the increasing diversity of channels, and with augmented reality set to make “the whole world a medium”, Cheesewright predicted that we will soon live a mixed-reality existence for some 12 hours a day. “The idea of outdoor media starts to become really interesting, as every surface becomes outdoor media. But only the ‘really compelling’ will cut through,” he warned. “Technology reduces friction… and if everybody is innovating faster, you have got to keep up with the Joneses.”

Cheesewright did, however, end on a positive note: “Technology may even allow us to get a sixth, seventh or eighth sense,” he said in the ensuing Q&A session. “I was born without a sense of direction. I would not have got here without Google Maps. So, while parts of our brains may atrophy, the core bits of what it means to be human may well get expanded.”

Tom Cheesewright on what the future holds for the marketing industry added by newsroom on July 3, 2017
View all posts by newsroom →