By newsroom on July 25, 2017Comments Off on Volvo UK and Valenstein & Fatt win Channel 4’s £1 million Diversity in Advertising Award 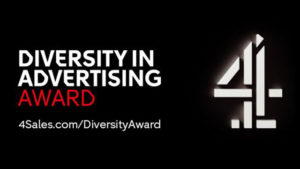 Channel 4 announced that Volvo UK and Valenstein & Fatt (Grey London) have won the £1million airtime prize for the Diversity in Advertising Award, with an ad campaign focussed on non-visible disability. 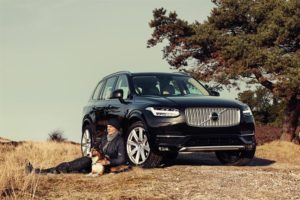 As well as awarding Volvo UK and Valenstein & Fatt £1m of the broadcaster’s airtime, Channel 4 will also offer the other six finalists match-funded commercial airtime if they produce the creative ideas which secured them a place in the final.

Jonathan Allan said: “This is a really important award which I hope will lead to a genuine step change in the advertising industry and see it embrace diversity more widely. We set a really tough brief this year – putting non-visible disabilities at the heart of a campaign – and judging from the range, creativity and sheer quality of the finalists’ ideas, there’s a wealth of opportunity for advertisers and their creative teams to explore in this area. It was yet again an incredibly emotional and uplifting experience to judge the finalists’ pitches and each of them deserved their place at the table. We hope that everyone will think a little harder about all aspects of diversity when creating their advertising as a result of this competition.”

Caroline Pay, Joint CCO, Valenstein and Fatt said: “Proud does not even begin to describe how we feel about winning this prize. It’s a big deal for V+F, a big deal for Volvo, but above all else a chance to change the way people with non-visible disabilities are represented in the media.” 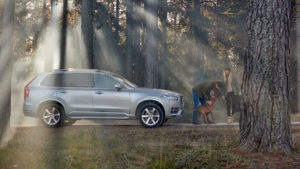 The Channel 4 Annual Diversity in Advertising Award is a long term commitment from the broadcaster to improve diversity in advertising every year until at least 2020. Each year the prize, run by the award-winning 4 Sales team, will focus on a different area of diversity to encourage the advertising industry to embrace inclusive campaigns and extend Channel 4’s leadership in diversity beyond its editorial content and into the ad breaks.

The commitment follows on from the success of 4 Sales’ 2016 Superhumans Wanted competition which invited brands to submit creative ideas putting disability at the heart of a campaign. It was won by Maltesers who said it had been its most successful campaign for ten years.

The winning campaign of 2017 by Volvo UK and Valenstein & Fatt will broadcast this autumn.