By newsroom on December 5, 2017Comments Off on Webb deVlam Captures the Spirit of Angola with New Beer Brand Luandina 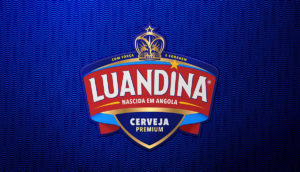 Angola has launched its first 100% Angolan beer, with a comprehensive brand identity and design by Webb deVlam.

Strategic brand design consultancy Webb deVlam were approached to come up with a brand identity for the premium beer that embodies the passion, spirit and optimism of the emerging Southern African nation.

A two-year collaboration kicked off with an immersion trip, where the Webb deVlam team engaged in all kinds of experiences, such as dining with locals and road-side to luxury consumption environments, to get a feel for the Angolan way of life. 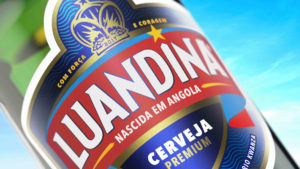 Consumer research showed that beer plays a key role in the day-to-day there, as does sharing and coming together for celebrations. The ambition was therefore to create a brand that would appeal to the hearts and minds of local people, from whatever walk of life, and be central to celebrating life’s moments.

The pilsner-style beer has been named Luandina, a feminisation of the capital city Luanda, which references the nation’s respect for female power and mother nature. It’s produced by master brewers using the best-quality ingredients in a factory on the banks for the River Kwanza, a few kilometres outside the capital. 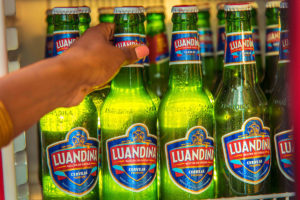 One of the biggest challenges that Webb deVlam faced was from Cuca, the leading national brand, which was launched during Portuguese colonisation and had become a byword for beer itself. The core colour blue was selected to set Luandina apart on shelf from Cuca and the sea of other beers, most with red labels. It also represents the River Kwanza, which runs from the heart of the country to the coast (the label features a wave motif to this effect). Angola’s local drinking toast, ‘a nossa’ (‘to ours’), has been embossed onto the glass neck to celebrate the clinking of bottles when drinking with friends. 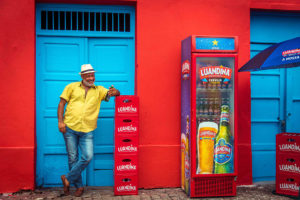 Reflecting its local provenance, a yellow star on the Luandina label references the national flag, and a crest featuring antlers from the native sable antelope, turrets from a fortress that overlooks Luanda, and ‘established in 2017’, play with premium-style heritage cues without losing sight of Angola’s forward-thinking spirit. The bespoke typography and rays of sunshine signalling a new dawn complete the fresh, vibrant look – and can be used across various points of sale and on merchandising at sport, music and other events. 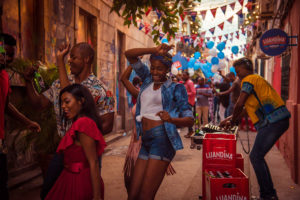 Webb deVlam Creative Director, JP Hunter, says: “It’s such a new market, so we had to carry out extensive research to understand the target consumer. One of the reasons we were selected is because we have innovative ways of getting under the skin of consumers in emerging markets. It was crucial that Luandina represented everyday Angolans and the country’s spontaneous, optimistic and confident spirit. At times, it felt like we were branding the nation.”

Luandina is sold in cans, bottles and multipacks from wholesalers, premium liquor stores, street sellers and corner shops, and will be available on draft in bars soon, too. There are plans to expand to other African countries and beyond in the future.

Webb deVlam Captures the Spirit of Angola with New Beer Brand Luandina added by newsroom on December 5, 2017
View all posts by newsroom →