By newsroom on September 5, 2018Comments Off on WhatCameNext_ Brands New Non-Alcoholic Beer By Carlton & United Breweries 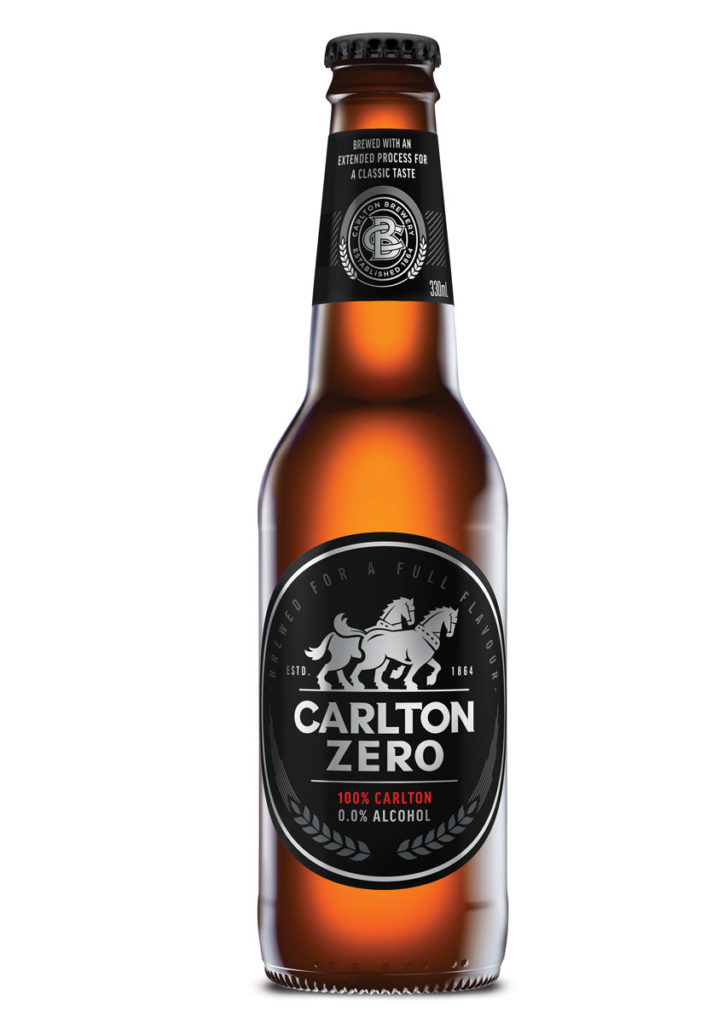 Carlton Zero has a real beer flavour that proves it’s possible to make a great tasting non-alcoholic beer. Slightly hoppy with a fruity aroma, it is a full-flavoured classic beer style. Even though Carlton Zero is a non- alcoholic beverage it will be marketed only to adults in strict accordance with the Alcohol Beverages Advertising Code. 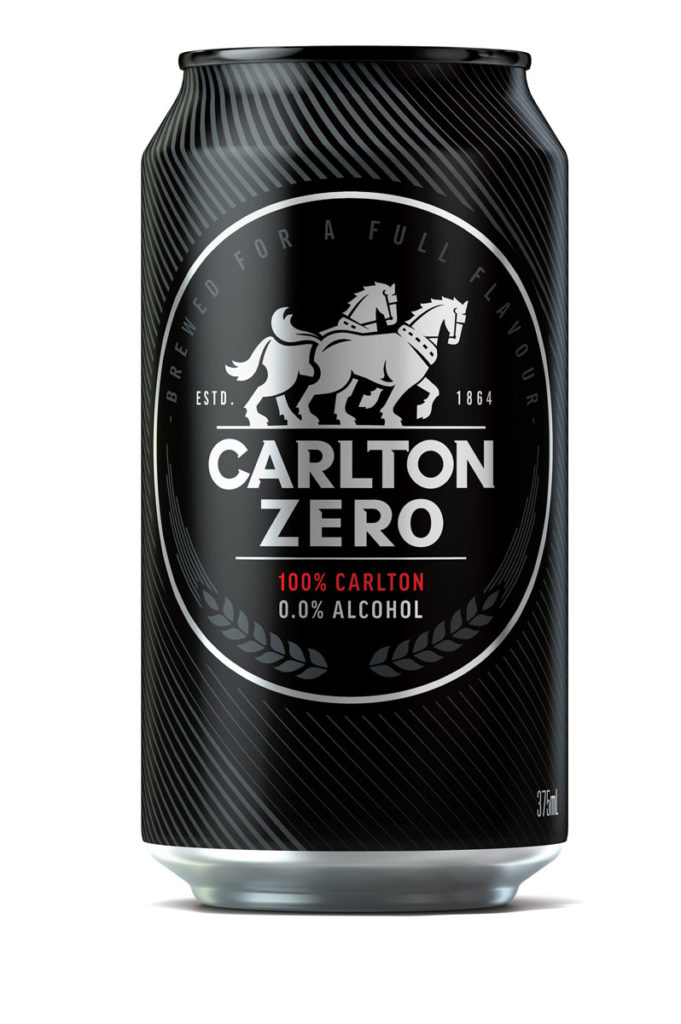 Sydney based brand agency WhatCameNext_ created a powerful and dramatic statement from Carlton that will cut through the noise and engage with its audience. Crafted with the same quality ingredients as other CUB iconic beers, the brand expression needed to embue authentic brewing credentials, expressed with iconic modernity.

Throughout the design, textures and finishes were used to build refinement and quality, whilst ensuring the proposition remained impactful and confident. The can features a first within the Australian beer and cider market with a full black closure which builds further distinctiveness to ensure differentiation from the category.

“This is an historic release for CUB and we are proud to add Carlton Zero to our portfolio of some of Australia’s most iconic beers,” CUB business unit president Peter Filipovic said.