By newsroom on May 26, 2017Comments Off on Winners and Highlights of The 19th FAB Awards 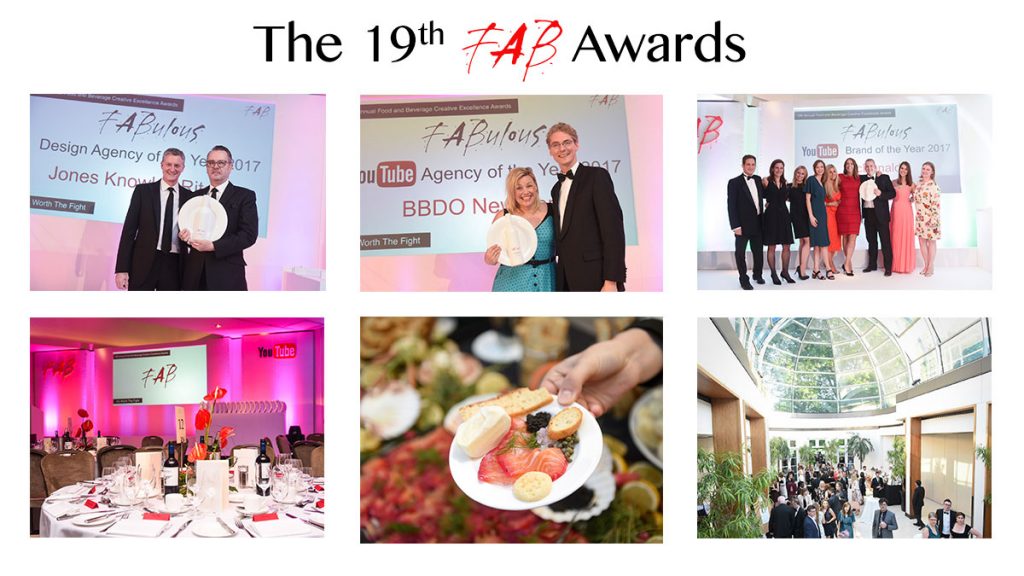 The beautiful and exclusive Hurlingham Club in London, once again hosted the 19th edition of The International Food and Beverage Creative Excellence Awards (The FAB Awards).

Guests were treated to cocktails and a delectable three-course dinner followed by The Awards Ceremony itself, in which successful design, creative and effective work was showcased to the audience, and the teams behind them presented with their prestigious trophies – be it a Grand Prix (FABulous), a Gold (FAB) or for the second year running, a Silver Award.

The recipients of the highest prize (FABulous Award) on the night, were as follows:

FABulous Award across all Design categories: 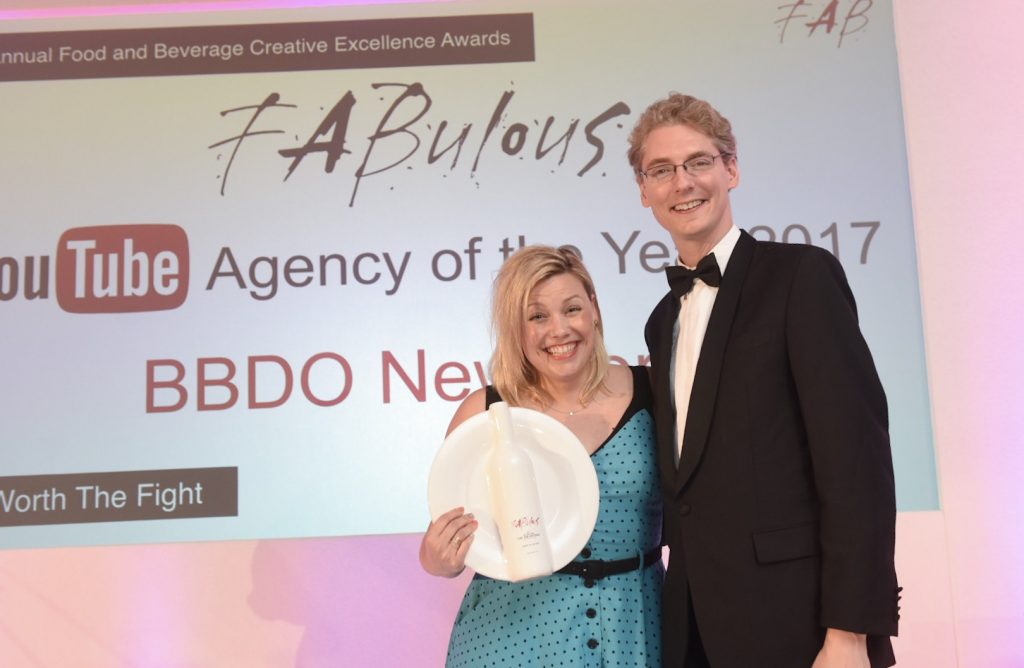 Greg Hahn, Chief Creative Officer BBDO New York said: “If you think about it, since the early days of advertising, some of the most creative and visible work in the industry has been done for food and beverage clients. It means a lot to us to be recognized for the work we’re doing for our clients in these categories.” 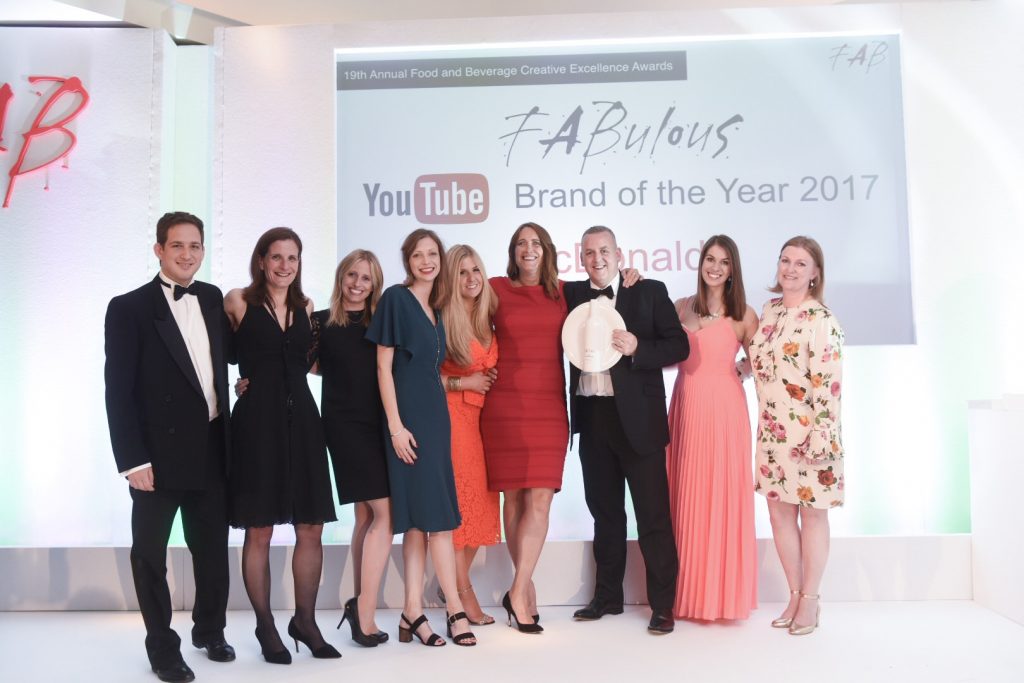 The YouTube FAB Brand/Marketer of the Year was McDonald’s, who broke Mars, Incorporated’s two-year reign, with a remarkable nine nominations across all categories. They won an impressive six FABs and one FABulous Award on the night, with work done for their McCafé brand proving to be especially successful.

Emily Somers, VP Marketing & Food Development, McDonald’s Restaurants Ltd. said: “We are thrilled that McDonald’s has been recognised as the FAB Brand of the Year for 2017. The award is down to the work of a lot of dedicated, hardworking and passionate people, both in our marketing team and at our agency partners. Our internal team works seamlessly with their agency counterparts driving targeted, creative and inspirational campaigns to deliver stories our customers want to hear. This is a huge accolade for everyone involved, I’m delighted!” 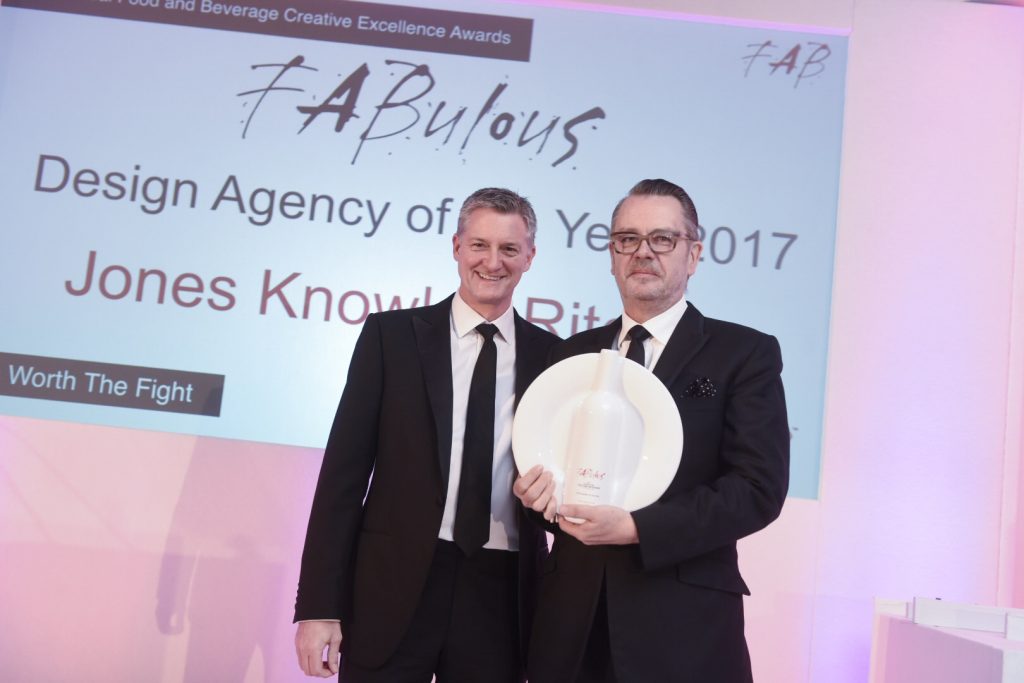 jones knowles ritchie were named the FAB Design Agency of the Year prize after winning four FAB Awards and one FABulous Award on the night. jkr was honoured for their work done for Domino’s Pizza, Bacardi, Hippeas and IRN-BRU.

Commenting on their win jkr’s CEO Guy Lambert said: “There is nothing more rewarding than being recognised by your clients and peers. And to win the FAB Agency of the Year is a great honour for us at jones knowles ritchie. Thank you!”

A full list of the finalist and the winners at The 19th FAB Awards can be seen here.

Winners and Highlights of The 19th FAB Awards added by newsroom on May 26, 2017
View all posts by newsroom →