Bacardi Limited Launches “Back to the Bar” Campaign

By newsroom on February 9, 2018Comments Off on Bacardi Limited Launches “Back to the Bar” Campaign 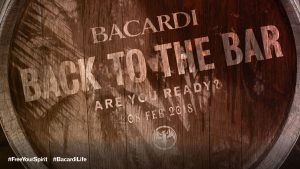 February 8th wasn’t just another day in the office for the nearly 5,500 Bacardi employees around the globe who ditched their desks and hit the streets, visiting hundreds of bars around the world to reignite the company’s entrepreneurial spirit and culture.

The first annual “Back to the Bar” was timed to coincide with the company’s Founder’s Day festivities, commemorating the 156th anniversary of family-owned Bacardi, today the world’s largest privately held spirts company. 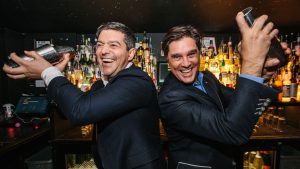 “Back to the Bar is our version of ‘walking the factory floor’ and puts our people in touch with what’s happening in our business in real life and real time, something you can’t truly understand behind a computer screen, sitting through a presentation, or dissecting a spreadsheet,” says Mahesh Madhavan, CEO of Bacardi Limited. “For us, Founder’s Day is more than a celebration; it’s a reminder that we are our best when we act as founders ourselves.” 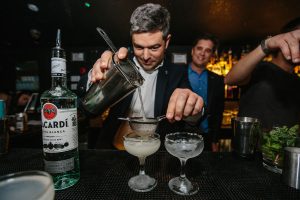 Madhavan, who began his career with Bacardi more than 20 years ago, said that Back to the Bar is a new tradition at Bacardi founded on one of the company’s most cherished principles: “For seven generations, the Bacardi family has impressed upon its team that this is our company and we are all salespeople, whether we work in finance or human resources or operations. That cultural touchstone is as true as ever today, and there is no time better spent than in the markets to see first-hand what is happening in accounts with bartenders, restaurant owners, and most importantly, our consumers.” 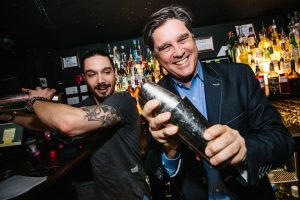 “The cocktail revolution continues to flourish as more people from more places are drinking more kinds of drinks than ever before. When it comes to what’s new and next in cocktails and occasions, there is no question we learn more about our business in the bar than we do in the boardroom,” said Bacardi Chief Marketing Officer John Burke, who along with Jacob Briars were on hand to welcome folks at the London Cocktail Club in Liverpool Street. “What makes this day really special and different is that the whole company is making its way out into bars. It reminds us all why we do what we do and gets us into contact with the great creativity of the bartenders who lead innovation in our industry.” 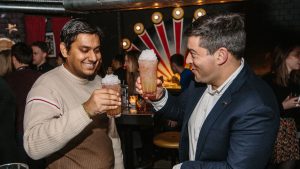 A marketing maverick from the start, using the unique symbol of a bat that still proudly graces every bottle of Bacardi rum, the company is acknowledged as having one of the most recognised trademarks in the spirits industry. Back in the early days of Bacardi, non-traditional marketing tactics were the norm.

Pappy Valiente, the company’s first brand ambassador, waited in the Havana airport to take greet visiting tourists and whisk them away for a Bacardi rum cocktail, while Tommy Dewar asked his friends to request Dewar’s at bars, regardless of whether it was available. The philosophy to remain close to consumers has been part of the company since day one and remains at the core of the family-owned business today.

Bacardi Limited Launches “Back to the Bar” Campaign added by newsroom on February 9, 2018
View all posts by newsroom →