By newsroom on March 14, 2018Comments Off on BETC and La Parole aux Sourds Create First- Ever Original Sign Language Song

The ground-breaking project appears at first to be a music video for an instrumental song; only when the viewer arrives at the end of the clip do they realise that the dancer they’ve been watching has actually been sign-singing the lyrics. 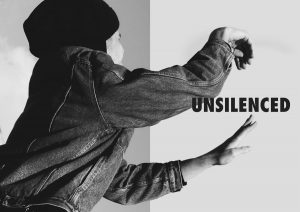 The film’s powerful message – that it’s easy to miss out on everything the deaf community has to offer when we don’t speak their language – is meant to motivate viewers to learn the basics of sign language.

For more than 70 million deaf people worldwide who depend on sign language to communicate, the hearing world can be an unwelcoming place. Deaf people frequently express feelings of isolation and loneliness because so few hearing people speak their language. Which is why Parisbased non-profit La Parole Aux Sourds – whose mission is to build a stronger bridge between the deaf and hearing communities – partnered with advertising agency BETC to create Unsilenced, the world’s first original song sung entirely through sign language and dance.

On first viewing, Unsilenced appears to be a music video for an instrumental song. It’s only when viewers get to the end of the film that they discover the dancer they’ve been watching is actually deaf and that he’s been sign-singing the lyrics the whole time. Viewers are then invited to visit unsilenced.fr, where an interactive digital experience reveals the lyrics hidden in his movements. By “turning up the volume” on the film, users discover the message hidden in the dancer’s signs.

The track for Unsilenced was composed through a unique collaboration between electro-pop band Haute and deaf dancer Billy Read. Read, who lost his hearing at the age of 3 due to a severe case of otitis, worked with the band to write and translate the song’s lyrics into sign language and dance through the help of an interpreter. 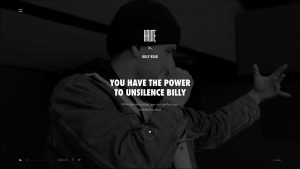 Read, who uses his sense of touch to feel the rhythm of the music, said of the dance: “The hardest part of performing Unsilenced was that my hands were singing while my feet were listening for the beat.”

On his use of special effects in the video, director Alban Coret said: “The film is mean to be surreal. We wanted to show how strange it is when nobody speaks your language.”

The video for Unsilenced was produced by Insurrection Films, the powerhouse behind award-winning music videos for artists such as Travis Scott, Drake, and Alt-J.