Brazilian home and decor store Etna, reproduces classic paintings in “Do It Yourself” campaign

By newsroom on May 31, 2018Comments Off on Brazilian home and decor store Etna, reproduces classic paintings in “Do It Yourself” campaign

Present at major museums around the world, scenarios of the classic works of artists Van Gogh, Renoir and Monet can reach the homes of Etna customers. 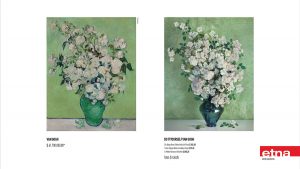 Signed by Artplan, the campaign titled Do It Yourself brings advertising pieces that reproduces Impressionist paintings in printed medias.

The ads re-read the original masterpieces, using Etna objects to compose a similar scenario. In the same pieces, the brand shows the comparison of prices between the piece of art and the setting assembled by the store, highlighting the variety and easy access to Etna products.

The project consists of three ads with representations of paintings such as: Roses by Van Gogh; Renoir’s Le Bouquet and Monet’s Chrysanthèmes Vase. 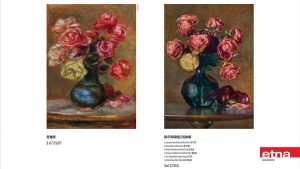 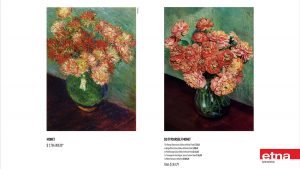 Brazilian home and decor store Etna, reproduces classic paintings in “Do It Yourself” campaign added by newsroom on May 31, 2018
View all posts by newsroom →