By newsroom on August 1, 2018Comments Off on Castle Lite Unveils New ‘Money Calling’ Campaign by Egg Films and Ogilvy 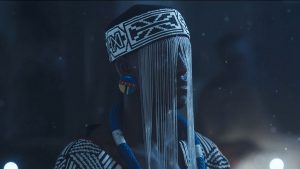 Money Calling is set in a mysterious, moody, cold world of high fashion, rituals, and a council of elders. The house is icy and futuristic as ever, with high-fashion pieces from over 20 South African designers, including the likes of Black Coffee, Chulaap, David Tlale, Kiara Gounder, Kisua, Kumkani, and Thebe Magugu.

â€œFor the first time, authenticity doesn’t feel like a boardroom dream; it feels like something we were able to achieve just by the sheer scale of collaboration,â€ says Rasethaba. 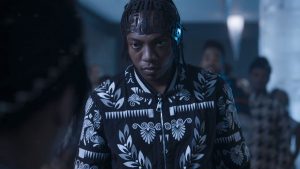 Money Calling earned a Special Mention at the ididtht Craft Awards, where guest judge Stuart Stobbs, chief creative officer at 1886 Advertising, said, “Wow, a song and a music video that have been made for a brand but donâ€™t seem like theyâ€™ve been made by a brand! Great job. Lebo and Egg have masterfully crafted some real kick-ass Wakanda-like imagery. Also, love the constant icefall that ties every shot together in a dreamy, chilly, afrofuture fantasy wonderland.”

This campaign for Castle Liteâ€™s new resealable 910ml bottle was Leboâ€™s fourth for Ogilvy and the brand.

â€œThis kind of campaign was only possible because of the level of trust and mutual appreciation weâ€™ve developed over time,â€ says Rasethaba. 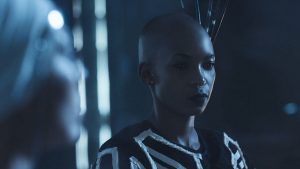 Rory Oâ€™Grady shot the ad, which was edited by William Kalmer at Post Modern and finished at BlackGinger. Gabrielle de Gersigny and Candice Lee Waldman oversaw the wardrobe, while Chris Bass was the production designer, earning special praise from Nakai on Instagram, where she posted, â€œHow amazing is the styling and art direction?â€