Is it time for a brand to take an anti-technology stance?

By newsroom on September 17, 2018Comments Off on Is it time for a brand to take an anti-technology stance?

With 67% of 18 to 34-year-olds saying the need to take a break from technology, does this open an opportunity for brands, asks Vaughan Edmonds, planner at global experience agency Sense.

Britain has an addiction epidemic. I’m not talking about drugs, alcohol, gambling or even caffeine. This addiction is far more common. Most people reading this article will be sufferers.

We’re addicted to our phones. Countless articles have been written that have covered the subject flippantly, however the problem is genuine. According to the American Society of Addiction Medicine, addiction is characterised by an inability to consistently abstain, impairment in behavioural control, craving, diminished recognition of significant problems with one’s behaviours and relationships, and a dysfunctional emotional response. How many people have an inability to consistently abstain from their phone; can’t recognise how much time they spend swiping and scrolling on their screen; or even crave various apps on a regular basis. 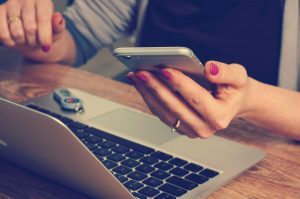 The statistics are damning. According to a study by Ofcom, 78% of people say they couldn’t live without their smartphone, with the average person checking their phone once every 12 minutes. What’s more worrying is the sentiment towards phones and technology. Two-thirds (67%) of 18- to 34-year-olds say they feel the need to take a break from technology however, this age group are also the least likely to be able to alter their behaviour. Young people want to change but they can’t.

The frustration towards technology is beginning to become a tangible movement. Neo-luddism is the philosophy that opposes modern technology and has started to attract supporters. The anti-technology stance has seen a number of recent, successful innovations. You Had To Be There is a series of no-phone parties which have been a hit in the US. Yondr creates secure, neoprene pouches to help organisers keep people off their phones at their events, with the likes of Guns N’ Roses, Alicia Keys and Chris Rock requesting them at their shows. 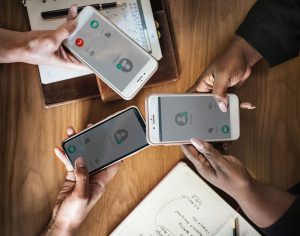 Bashful is an app that locks people out of their smartphone at allocated times, allowing them to focus on more productive, meaningful activities in the real world. It’s sad that it’s come to this, but it makes sense. People value the benefits of technology such as increased connectedness, but don’t want to be slaves to it. With technology companies genuinely designing their products to be addictive, the arms race that followed was inevitable.

With a large section of society frustrated by their own subservience to tech, the opportunity for brands is obvious. So many have followed the crowd, jumping on the bandwagon of creating an online presence without questioning whether they need to. In April, Wetherspoons shut down its social media accounts, directing its customers towards its website and pubs. The pub chain recognised it was wasting money on creating digital touchpoints for its customers. Its product, its pubs, are the only touchpoints that mattered. Brands that have a natural real world frontline where customers interact with them would do better to invest more in improving this human experience than building artificial digital channels. 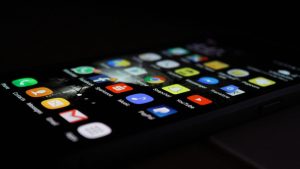 Brands can still promote the benefits of technology that customers value. “Bringing people together” is a concept a pasta sauce brand has as much right to talk about as a swanky tech start-up. It would be fantastic to see a brand going a step further: taking an anti-tech stance and being the organisation that pledges to free people from their tech addiction, something that many in society want but are unable to do. Investing in tangible, campaigns in the real world that bring people together while utilising innovations such as Yondr would be the obvious place to start.

Neo-luddism is here to stay. There’s no doubt that recent technological advancements have had an immeasurably positive impact on human progress, but they have come at a cost. The brand that backs the neo-luddites whilst promoting technology’s values of connectedness could have a major strategic advantage over the coming years. 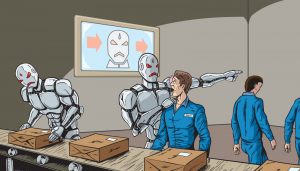 Is it time for a brand to take an anti-technology stance? added by newsroom on September 17, 2018
View all posts by newsroom →