By newsroom on February 5, 2016Comments Off on ITV Signs Two Year Sponsorship Deal with Peugeot 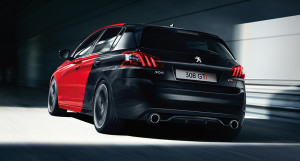 The partnership, brokered between ITV and OMD UK, includes sponsorship of ITV’s coverage of the RBS 6 Nations tournaments in both 2016 and 2017 and includes all England, Ireland and Italy home matches. It covers broadcast sponsorship, highlights shows and a multi-platform activation which includes catch up and simulcast on the ITV Hub, plus creative executions on itv.com, within dedicated RBS 6 Nations pages.

The 2016 creative will showcase the new 308 GTi by Peugeot Sport which recently launched in the UK. The new 308 GTi is a performance ‘hot hatch’ designed with the sophisticated and enthusiastic driver in mind.

Launched as a high-end performance model for the 308 range – itself winner of the prestigious 2014 European Car of the Year – the 308 GTi has been extensively developed by the Brand’s Competitions Department, utilising the considerable expertise of its talented engineers who place winning as a fundamental part of everything they develop. One of many aspects that demonstrate this well is its 1.6-litre THP engine being the most-powerful of its size with 270hp.

Simon Daglish, ITV’s Deputy Managing Director, Commercial, said: “This is the first time ITV has shown this prestigious tournament, and our broadcast coverage partnership with the BBC is a real boon for Rugby fans. We are delighted to be working so closely with Peugeot to activate the sponsorship on ITV.”

Mark Pickles, Marketing Director at Peugeot UK said: “The tournament coverage is a great opportunity for Peugeot toreach its target audience and to engage with them to show our sportier model range. To be the launch sponsor for ITV’s coverage is a real coup as we too bring a strong and competitive product line-up, and just like the teams on the field we have high expectations to max out our conversions.

ITV’s coverage will be led by Mark Pougatch who will be joined by Jonny Wilkinson, Lawrence Dallaglio and Jason Robinson – all members of England’s victorious Rugby WorldCup 2003 team, along with their coach Sir Clive Woodward.