M&C Saatchi and Mad Ruffian launch the FIA Foundation and AA Charitable Trust’s Christmas campaign, ‘Make it Home for Christmas’, an online and social campaign which aims to highlight the fatal danger of texting and driving. 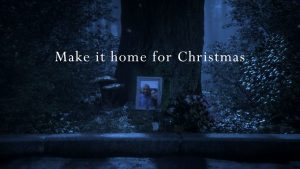 Set to Bing Crosby’s 1943 hit “I’ll be Home for Christmas”, the film shows a father and daughter innocently texting back and forth whilst he’s driving home for Christmas. She’s eager to see him and get Christmas started. The devastating effects of texting and driving are highlighted when the film shows a haunting image of the father’s fatal accident and culminates in a final, heart-breaking scene as the young girl grieves at her father’s roadside memorial.

The AA Charitable Trust reports that according to Transport Research Laboratory (TRL) research, reaction times are twice as long text driving as drink driving, but despite this there is still a prevalence of high profile court cases of drivers causing death and serious injuries due to texting, calling or searching for music on their mobile phones while driving. 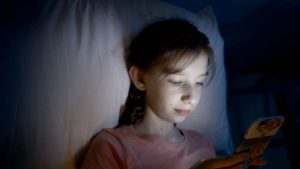 It’s a matter everyone involved in creating the film feels strongly about and many have been affected by in some way – from the Director’s loss of a childhood friend, the film’s lead actor nearly losing his brother, to the Creative Director who commutes to work on a scooter and is almost daily knocked off by drivers looking at their phones.

Saul Billingsley, FIA Foundation Executive Director, said: “Every day around the world 3,500 people don’t make it home to their families, because they’ve been killed in a car crash. Increasingly, driver distraction is a factor. So, the FIA Foundation is pleased to support this hard-hitting, life-saving, message. Make it home this Christmas, don’t text and drive.” 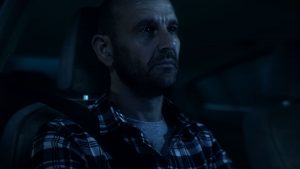 Edmund King OBE, Chairman of the AA Trust and AA President, adds: “We know that Christmas should be a happy family time and we want to keep it that way. The ‘Make it home for Christmas’ message is hard‐hitting but so are the consequences of text driving. Having campaigned with Kate Goldsmith, whose 11-year-old daughter was killed by a driver looking at his phone, we have no qualms about putting across a strong message at Christmas. Drink drive campaigns are common at this time of year and yet you are twice as likely to crash text driving as drink driving. Neither texting nor drinking should be mixed with driving if you want to make it home for Christmas.” 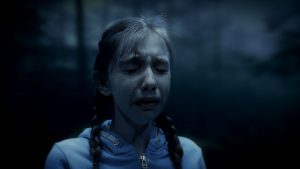 Wayne Robinson, Creative Director, M&C Saatchi said: “This film can make a difference. It’s been six months in the making, but it really is a cause I, and everyone involved in feel passionate about. Too many lives are put at risk by the texting at the wheel. We hope our film will encourage drivers to turn off their phones and stay safe.”

To show the connection in time between the dad and the daughter, the actors were filmed on a rotating platform using a motion control rig to seamlessly film them going from scene to scene. The actors are the only live action element to the film and were shot on green screen with the rest of the film entirely in CGI. This was everything from the bedroom, to the car with the trees zooming by in the background and the rain hitting the window, the glow in the dark night sky, the forest with every individual tree, rock and snowflake, to the pavement and flashing lights, illuminating the roadside memorial. 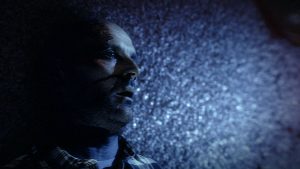 Amanda Jones and Christopher Watson-Wood, Directors and founders of Mad Ruffian added: “Every step of the way, we attempted to be true to the heart (and pain / sorrow / loss / love) that comes with the tragedy of a driving accident. Texting and driving is a real problem and many of us are guilty of it. Drivers using their phones, whether handheld or hands-free, are four times more likely to crash, potentially injuring or killing themselves or other people. And so, if even one person thinks about this film while reaching for his/her phone to respond to a loved one – and then doesn’t – then we have put our abilities (and hearts) to good use and possibly made the one difference that truly counts.”