By newsroom on March 7, 2016Comments Off on MEC brokers TV sponsorship first for Volvic with Channel 4 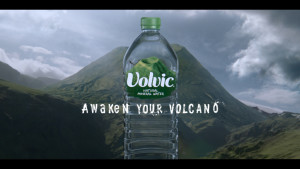 4 Sales and MEC announce a new seven-figure sponsorship deal with mineral water brand Volvic. The deal, which runs from Tuesday 1st March until the end of 2016, represents the first time Volvic has sponsored programming on TV and the first time it has supported its natural water and flavoured Aquadrinks sub-brands with masterbrand advertising.

Volvic will sponsor Unstoppable Moments on 4, a brand new programming strand that will run across Channel 4 programming and will feature new series from Guy Martin, the brand new series of The Island and the upcoming reality survival series Eden.

Unstoppable Moments also includes a number of popular E4 shows such as How I Met Your Mother, The Inbetweeners, and new episodes of The Goldbergs and 2 Broke Girls.

The sponsorship will be complemented by the launch of a new epic TV campaign for Volvic by Y&R Paris. The new “eruption” film brings to life Volvic’s belief that everyone has a volcano inside them waiting to awaken, telling the story of a young boy fighting his demons on the football pitch. The new copy will be aired across the Channel 4 network using a combination of 60s and 30s edits.

Each sponsorship ident depicts a series of dramatic scenarios, such as a best man preparing to deliver his speech, a girl about to ride her bike without stabilisers for the first time or an exhausted jogger about to get his second wind. Linking to the water brand’s volcanic roots, each ident is intercut with a volcano sequence with shots of flowing lava, a thunderstorm and finally an aerial shot of a smoking crater.

The deal was negotiated by Jessica Bryant, Partnership Account Manager at Channel 4, and Aimee Chalcraft, Account Director at MEC. Y&R, which created the TV ad, collaborated with Ignition on the idents.

Rupinder Downie, Partnership Controller, Channel 4 said: “The Unstoppable Moments strand is a perfect fit for Volvic’s first ever foray into TV sponsorship and we are delighted to be able to offer such a great range of programming across Channel 4, E4 and More4.”

Tom Hickton, Volvic UK Brand Lead said: “We are thrilled to be partnering with Channel 4 and E4 to launch this exciting new campaign for Volvic. We feel C4 is a great fit, enabling us to reach our millennial target audience, partnering with relevant shows throughout the year. We believe this campaign will not only drive year round awareness for Volvic but will also start to associate Volvic with those everyday moments when you feel truly unstoppable.”

Aimee Chalcraft, MEC said: “This strategic partnership has been carefully designed to land Volvic’s unique positioning and megabrand approach. The unstoppable moments programming strand has been selected to seamlessly tie in with the creative message that everyone has a volcano within them.”

MEC brokers TV sponsorship first for Volvic with Channel 4 added by newsroom on March 7, 2016
View all posts by newsroom →