By newsroom on October 10, 2018Comments Off on Mind and EFL mark World Mental Health Day with video by Our Design Agency

October 10 – World Mental Health Day – sees the release of a video designed to draw football fans’ attention to On Your Side, a partnership between mental health charity Mind and the English Football League (EFL). Branding and communications agency Our Design Agency (ODA) produced the video. 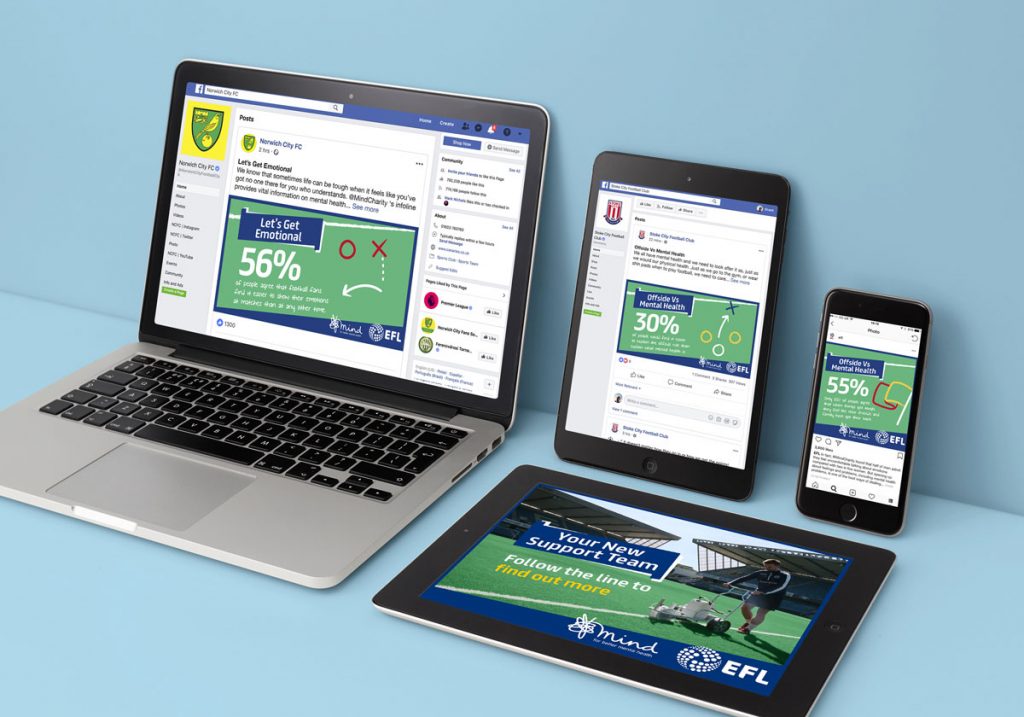 ODA Creative Director Grant Willis says: “This partnership between the UK’s biggest mental health charity and the country’s biggest football league is a golden opportunity to share potentially life-saving messages with an audience that’s notoriously hard to reach. Our job is to come up with creative, eye-catching ways to bring the partnership to the attention of as many people as possible over the coming two years.” 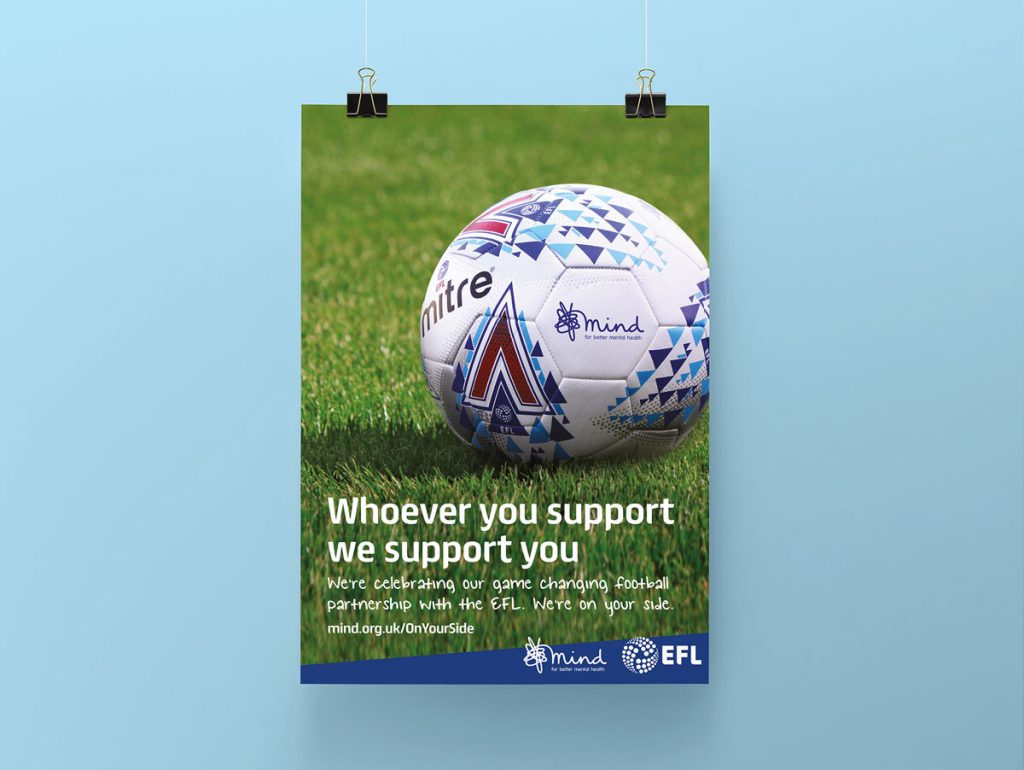 This video is the beginning of that programme. Beautifully shot at Millwall FC’s ground in South London, it follows the ground staff as they prepare everything ready for the big match. It concludes with a reveal of the traditional pitch markings redrawn as the Mind logo and the subtitle: ‘whoever you support, we’re here to support you.’ 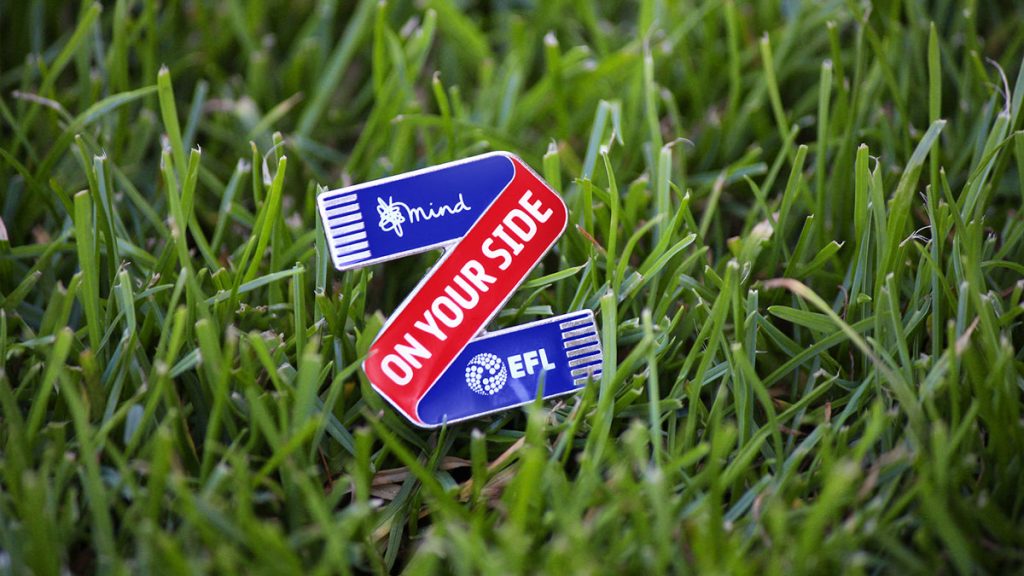 “This is a major issue. One in four adults in the UK deals with some form of mental health issue in any given year. And men – particularly young men – can be reluctant to open up about this. In fact, Mind research shows that 56% of people think football fans find it easier to show their emotions at matches than at any other time. By using the EFL’s network of clubs and community trusts to promote its messages, Mind will reach millions across the UK,” says Willis. 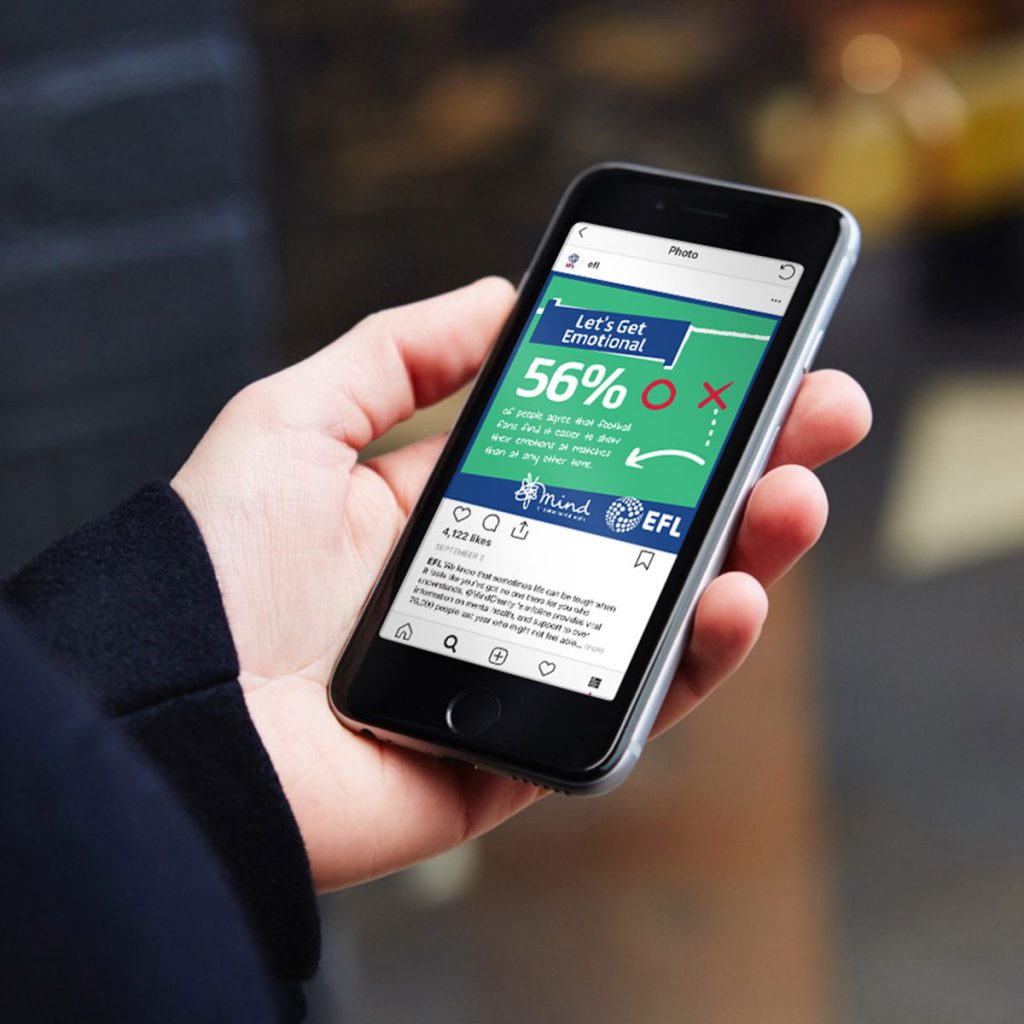 Mind and EFL mark World Mental Health Day with video by Our Design Agency added by newsroom on October 10, 2018
View all posts by newsroom →