By newsroom on July 25, 2017Comments Off on Plagiarism – A Dirty Word For A Dirty Habit 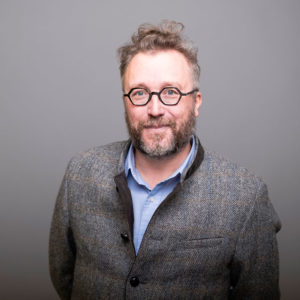 “Plagiarism is always the biggest thing in Hollywood.” Mr Clint Eastwood knows Hollywood so must have a point.

We’re not in Hollywood, but the London-centric design world can be a bit like La-La Land at times. The highs, the lows, the fight for an original Oscar-worthy idea that transforms business thinking and consumer’s lives.

There’s not one designer who hasn’t faced their work, their idea, their creativity ‘reimagined’ by someone else. Whether it’s from the pitch they didn’t win because it went in-house (who strangely had a very similar idea to you) or from the designer who jumps to another agency and 12 months later your creative nuggets floated in a brainstorm are blooming elsewhere. Call it flattery, call it a small world, call it inspiration, call it life… because is there such a thing as an original idea anyway? But do we dare call it plagiarism?

Plagiarism, even the word, conjures something distasteful, nasty. You want to whisper it or spit it out. But in the design world it exists… something no one wants to talk about.

What about trends? There’s a case to argue that we are in a trends driven industry so of course creative output might look similar. The world went mad for Hygge. Find me a designer who didn’t float a Hygge or Fika inspired creative idea for transforming a biscuit brand or hotel branding. Show me a packaging designer who hasn’t paid close attention to the trend for simplicity, the stripping back of fussy old fashioned design cues.

It’s undeniable that trends inspire and lead designers in new directions or old directions. Designers also look at the challengers – the new brands that have nothing to lose. Brands that are built on eye-catching, fresh new looks. These no-holds barred designs always inspire… because sure enough other designs take their cues from the challenger… until they are no longer the challenger and someone needs a rebrand to stand out from the category again. It’s an industry game of cat and mouse, with the designer acting as both cat and mouse. It’s a never ending high stakes version of Tom and Jerry.

Is it hypercritical of designers to moan about plagiarism when most creative agencies feature Eames ‘inspired’ chairs direct from China? As designers shouldn’t we bow to the altar of the design world’s leading stars and ensure every aspect of design in our lives is fully legit? No knock offs, no cheap copy cats.

If plagiarism causes no harm, only a mild case of flattery and a bigger case of annoyance, what’s the problem? Take a deep breath. Those working in the design industry might tell their colleagues to move on and find the next great idea, but it’s not always that easy. Having ideas pinched just devalues all of our ideas. It means that you might not be as free with your ideas in the future.

Surely having a designer who can’t fully give that 110% in creativity because they’ve been burnt by plagiarism, is like having an actor who made his name in spaghetti westerns, never getting back on that horse again. It’s a lame simile but let’s face it, plagiarism is lame too.

Plagiarism – A Dirty Word For A Dirty Habit added by newsroom on July 25, 2017
View all posts by newsroom →